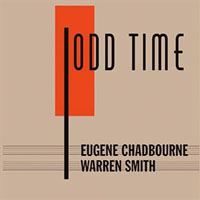 All art is activist; or at least it should be when it challenges established and accepted forms that play to the laissez-faire, the reactionary and the antisocial--and the greater good of the greater number of people experiencing (or trying to experience) it. The music of Beethoven was just so, the composer cancelling the dedication of his mighty Symphony No. 3 ("Eroica") to Napoleon Bonaparte after the Frenchman declared himself Emperor. So, too, has some of the finest music of modern ...

Eugene Chadbourne: Beauty Out of Chaos

Over more than thirty years of a seemingly endless variety of recordings and playing situations, Eugene Chadbourne has made himself into about as eclectic a performer as you could ask for. In addition to his own composing and improvising, he's devoted entire albums to the music of such artists as Albert Ayler, J.S. Bach, Jimi Hendrix and Phil Ochs, and has worked with Derek Baily, Han Bennink, Frank Lowe, and John Zorn, to name but a few. His devotion to ...

Among the interesting anecdotes in the liner notes to The Hills Have Jazz, Eugene Chadbourne includes one about Wes Craven and his movie Cursed. Chadbourne was on the set, and his observations are both acute and humorous. When this record was to be released, Chadbourne dedicated it to Craven, whose movie actually lived up to its name, but not in the way he imagined.

Chadbourne's music is quirky, not limited by the straitjacket of categorization. He fills it ...

Since starting his homegrown label a few years back, Eugene Chadbourne has had no end of opportunities to digitize his whims and send them to market. Among the many projects on his Chadula label has been a series (eight at present) of “horror CDs that run the gamut from arrangements of horror movie themes to unnerving found sound. So what terror to expect when Herr Doktor dedicates a disc to director Wes Craven (A Nightmare on Elm Street)?

Only the most committed of “B horror movie fans would catch guitarist and erstwhile eccentric Eugene Chadbourne's reference to Wes Craven's early low-budget flick The Hills Have Eyes. With titles in his immense catalogue including Terror Has Some Strange Kinfolk, Horror, Pt. 1: Tribute to Horror Monsters and Bad Luck and Shockabilly Baby, it's clear that horror movies and Chadbourne have more than a passing acquaintance. But the title to his new release is even more significant. After sending Shockabilly ... 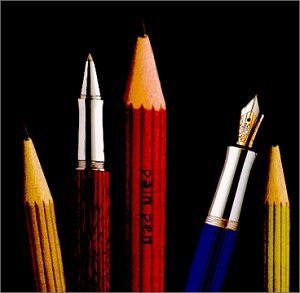 There may be no such thing as a free lunch, but there is free-jazz and Eugene Chadbourne has been one of its stars for many years. He has worked with every free jazz musician, plus Camper Van Beethoven, They Might Be Giants, and John Zorn. Likewise, Boston guitarist Joe Morris has been making waves of late with his own group for AUM, Knitting Factory, and Omnitine records. Bassist Dresser is a veteran of recording dates with John Zorn, Anthony Braxton, ...

When guitarist/vocalist/improviser Dr. Eugene Chadbourne sings a ballad or standard he certainly won’t erase memories of Nat King Cole or Sinatra yet Chadbourne melds his acerbic wit and time-honored sense of humor with his often-stunning technical finesse as a slick picking guitarist. With Young At Heart/Forgiven Chadbourne aligns himself with drummer Paul Lovens for 2 CDs worth of original material and unlikely covers of such familiar pieces as Johnny Mercer’s “Skylark”, Willie Nelson’s “I Let My Mind Wander” and others. ...