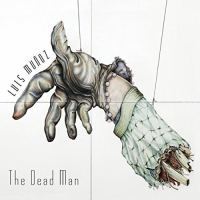 In a thought-provoking concept of intertwining a short story by Uruguayan writer Horacio Quiroga, with a personal near-death experience set to music, drummer/composer Luis Muñoz offers The Dead Man, as a lesson in living life in the present moment, for that is all there is. Muñoz has been quite productive over the past few years, releasing Luz in 2013, and Voz, in 2015, on his own Pelín Music label. Both records were carefully crafted creations combining Latin vocals ... 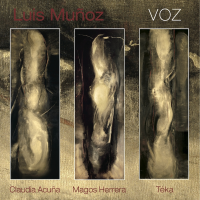 There's selfless, and then there's really selfless. This vocal-centric album of original compositions written and arranged by drummer Luis Muñoz falls into the latter category. Instead of using this as a platform to promote his own playing, which wouldn't necessarily be frowned upon considering the fact that it's his album, Muñoz's contributions on the performance end--drums, Rhodes piano, percussion, keyboard, and melodica--are strictly about sonic enhancement and support. He even sits out three of these nine tracks, proving that the ...

There is no need to hurry if one has arrived at the space in time where inspiration and music dissolve into a boundless cascade of emotion. Multi-talented Luis Muñoz, has channeled his production skills into a sublime direction on Voz, collaborating with a trio of premier vocalists, augmented by an attuned supporting cast. Though Muñoz contributes his drumming and composing skills, it his sense of trust in others that makes this a special project. Initiating what is a ...

Luis Muñoz gathers strength with each of his recordings as he goes past the post of the previous one, making new ideas and developments his haunt. Luz, as the title would suggest, injects new light into his music. Muñoz conceives and marvelous executes his game plan. Driving the rhythm and the beat from the drummer's seat he opens up new vistas for his band. Form and genre are enveloped brilliantly as a spectrum fed by an enlightened ...

Lessons in light--or, in Spanish, luz--lush arrangements need not be dense, as proven in Costa Rican-born Californian Luis Muñoz's compositions, orchestrations and arrangements on Luz, his sixth release for the Pelin label following the widely acclaimed Invisible (Pelin, 2010) and Of Soul And Shadow (Pelin, 2008).While his roots go back to Central America, this release bears a folkish Americana, one that absorbs influences and styles from every musician with whom Muñoz interacts. From the shortest, simplest melody of ...

Luis Muňoz's Luz is an unabashedly romantic paean to Latin music in its various guises. There is, however, nothing syrupy in this enchanting seventh release for the Costa Rican composer and percussionist, replete with “jazzy" creative spontaneity. Muňoz's impressionistic compositions are carefully arranged around a central theme, allowing adequate space to spotlight individual side musicians. The exquisite tango “Amarilis" features violinist Laura Hackstein's wistfully passionate strings as she plays the head with Astor Piazzolla-like flair. Pianist Adam ...

Akin to wind and rain, music can no longer be confined or characterized by geography; it knows no borders and wanders free. In the case of Latin America, music has gone full circle in that jazz musicians initially sought inspiration and ideas from the United States, but are now realizing that their own regional cultures can be an encouraging source from which to to draw. Costa Rican-born Luis Muñoz--an award winning drummer, arranger, composer, and producer--is one that has never ...