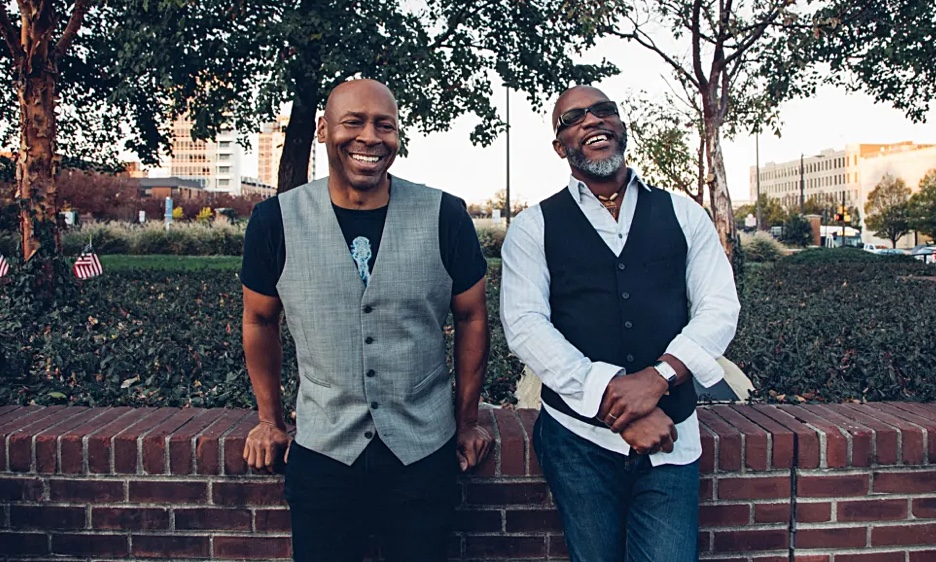 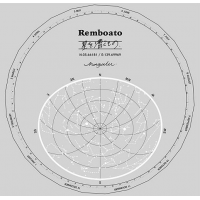 After pianist Koichi Sato's Embryo—praised in a recent Six Picks issue not only for its musical excellence but also for the elaborate packaging and presentation that Shinya Fukumori's Nagalu label offers— Remboato is the Japanese label's second outing of the year and features a remarkable acoustic quartet made up of guitarist Kazuma Fujimoto, pianist Sumire Kuribayashi, bassist Toru Nishijima and label-boss Fukumori himself on drums. Expanding on the delicately lyrical interplay and breezy sonic characteristics of the label's past releases, the quartet unveils melancholy musical landscapes in which the instruments share equal stakes, where restraint and reduction appear to be the ensemble's guiding principles. There is a hushed quality to the way they interact, prudently stacking compositional blocks on top of each other with improvisational appeal. No showboating, no grand gestures but pure and thoughtful motion, instruments breathing organically, like rising and falling waves. Instead of fragmented improvisations, each piece is equipped with main melodic material and a traditionally romantic harmonic framework in which to spread out. On the first of the two CDs, Fujimoto plays acoustic guitar only, alternating melody-based unison passages between guitar and piano with gentle solos and the occasional chordal phrase. Fukumori comes from the Paul Motian-school of drumming but has a less provocative style of attacking the copper-plates and accompanies his colleagues gently. Single tracks don't stick out, because the music flows seamlessly from one take into the next, each recorded with the utmost care and treated to memorable lines. "Keep A Beautiful Tree in Your Heart" closes off the first CD and reveals a beautiful duo performance between bass and guitar, though the song was actually written by pianist Kuribayashi. The band tends to linger on certain types of harmonic progressions, enjoying the hypnotizing effect of repetition and its potential for melodic development. The album fittingly concludes with that notion, as cheerful cadences accompany the listener to the close. 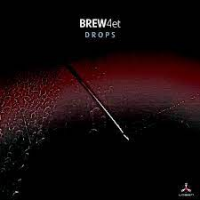 There's plenty to go around for aficionados of Gary Burton's '80s quartet on this debut by Italian band Brew4et—the group's name clumsily referring to the nature of its line-up. Compositionally, most of the tracks on Drops are based around spare chord vamps, giving the soloists the opportunity for extensive explorations without having to consider overcomplicated harmonic or rhythmic frames—which appears to work as the record's strength and weakness at the same time. On the one hand, cuts like the opening title track become a bit repetitious as the changes grow tiring after the umpteenth loop. On the other hand though, the group's interplay is able to profit from this minimalist touch, making for smooth sailing between the players throughout. There isn't a tune on the record that swings in a traditional manner. Instead, vibraphonist Gianluca Manfredonia, Luca Varavallo on double bass, drummer Alex Perrone and saxophonist Giuseppe Giroffi lay melodies over groove-based structures, trading in soft brushwork for crisp snare-beats, walking bass lines for elastic fret-jumps and fleeting scales for memorable ostinatos. It's nothing unheard of, but a well-executed and high-spirited album, promising a bright future for these young talents. 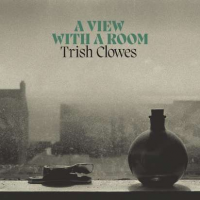 Trish Clowes
A View With A Room
Greenleaf Music
2022

Groove is also one of the main ingredients that British saxophonist Trish Clowes cultivates with her quartet on A View With A Room—at least in the first half of the record. Like the album title, rhythms and notes are tossed and turned on their heads on cuts like "Amber," "The Ness" or "No Idea," with pianist Ross Stanley often in charge of the lower register in this bass-less quartet—a responsibility that limits the pianist's ability to stretch out. The remaining members of the band are drummer James Maddren and guitarist Chris Montague—both mainstays of the UK's improvised scene and true virtuosos in their own right. But Clowes' grooves aren't static, they breathe like living organisms and give way to dynamic shifts in color, temperament and interplay. Shifts that are already evident in the opening title track, in the way Maddren and Montague juggle their contratpuntal duties, or the way Clowes softly accompanies Stanley's swift piano solo before Montague takes over with zest and dexterity. Subsequently the band introduces the chorus- like bit of the tune, construed around an alternate tonal center. There's another side to the group and to Clowes' music, a lyrical and atmospheric quality with textural nuance. "Morning Song" is among the more introspective musings and finds Clowes' horn at its best, with confident vibrato lines navigating through a contemplative ballad. "Ayana" deconstructs things even more, truly breaking out from otherwise dense rhythmic workouts with a seemingly endless harmonic progression that has Montague painting reverb-loaded soundscapes over a wide open ensemble sound. "Time" has the quartet at its most cheerful and wholesome, spinning beautiful lines over gospel harmonies on a laid-back 4/4 pulse. The album ends on the opposite end of the "groove"-spectrum, in direct contrast to the high-energy opener: "Almost" is one big crescendo, like a montage taking the listener from ominous dawn to the shining bright sun rays of daylight. A fitting closer to a well-paced musical journey. 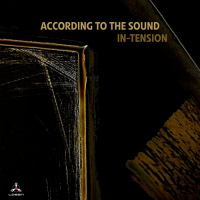 According To The Sound
In-Tension
Losen Records
2022

Electronic jazz duo According to the Sound's sophomore offering In-Tension, recorded between 2019 and 2021 in studio and online, expands on the elements that multi-instrumentalists Adam Parry-Davies and Patrick Case introduced the first time around and delivers a more complete and better articulated picture of the duo's musical vision. With over a dozen guest musicians and an even broader array of sounds in the mix, it's all the more paradoxical that the new record actually sounds more coherent, more conceptual than the first time around. Free-jazz elements clash with electronic trip-hop beats, dissonant string arrangements and stubborn acid jazz pulses, then things suddenly shift to intimate barroom jazz arrangements, before the next surprise comes crashing around the bend. Among the guests are contemporary trumpet greats Theo Croker and Ambrose Akinmusire as well as drummer Justin Brown, gracing majestic songs like "Feel It in the Air" or the trip-hop-meets-free-jazz-meets-Daft Punk cut "Heavy Smoke" with remarkable performances. And, surprisingly—considering in how many places and over what span of time the record was created— rather than like a patchwork of sounds and ideas, In-Tension has the profile of a well-wrought and rounded conceptual recording project on which each eruption and sudden burst of inspiration is precisely and meticulously planned and placed. Some of these tunes are reminiscent of the kind of cut-and-paste work disc jockeys tend to produce, others lean towards a more fusion-based aesthetic. But at the end it's precisely that genre-eclecticism, which turns out to be the record's winning formula, for each stylistic trait is expertly executed. Albums like this one render radio programs and hosts obsolete (no offense intended). 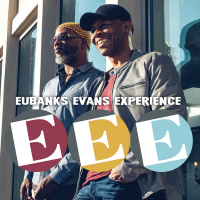 Kevin Eubanks' glamour days as bandleader in Jay Leno's Tonight Show are long behind him now, and in their stead the guitarist has reoriented his musical focus towards his roots as a touring and recording musician—one may even argue there's actually more glamour to those activities, but that's completely beside the point. A frequent collaborator of Dave Holland, Eubanks' belongs among those few guitarists today, whose tone and idiomatic reach is immediately recognizable— a crisp, treble-poor and compressor-heavy tone paired with much hammer-on/pull-off fret-fumbling and many a pentatonic scale run (often interspersed with chromaticism) are among his signature moves and ever-evident in this intimate duo set with pianist Orrin Evans. The latter, after having parted ways with The Bad Plus, has also been going through a sort of re-awakening these past couple of years, crowned by his phenomenal quartet effort The Magic of Now (Smoke Sessions Records) in 2021. Between the two, there's a vast array of sounds and ideas to rifle through, and the duo does so eclectically on EEE (Eubanks Evans Experience). Seven tunes, six original and funk trumpeter Tom Browne's "Dream of Lovin' you," demonstrate the entire breadth of the two musicians' abilities and musical preferences, alternating soulful balladry ("Dreams Of Lovin' You") in one moment with experimental gospel flair in the next ("I Don't Know"), only to end up stretching out across an extensively improvised conversation ("Variations of Half The Battle") that has the two exploring different timbres, structures and textures over 13 minutes. The two "Variations" placed at the end of the album were recorded live at Chris' Jazz Cafe in Philadelphia and Evans' piano sound leaves something to be desired as a consequence. Musically, however, here the pair is at its freest and most improvisational, as they tackle a composition Eubanks originally wrote and recorded for his first album after the 18-years-long stint on the Tonight Show: 2010's Zen Food (Mack Avenue) with the song "Adoration." There are more experiments here than one might expect from players who in the past have felt comfortable presenting catchy tunes in more mainstream jazz contexts. It's refreshing to hear them let loose and dig into the great depths of their repertoire. 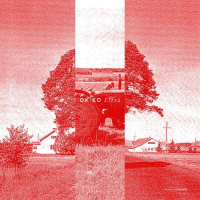 Helsinki-based quartet OK:KO's third release Liesu is a rollercoaster of a record, combining compositions of hymnal ambition with laid-back grooves, free-jazz-spirit and spacious rumblings that, from a sonic point of view, can be placed somewhere between today's contemporary jazz landscape, '80s AACM and Ornette Coleman's quartet. Coleman, because, even though a piano is involved, there's that free-wheeling spontaneity in the way the main themes come spilling out of the ensemble, dashing at an untamable pulse. Take the drive in opening cut "Anima" for example, a stomping four-on-the-floor groove that seamlessly segues into anthemic lyricism, serving as a chorus around which different sections orbit. Among those sections is a well-constructed piano solo by Toomas Keski-Säntti, while tenor saxophonist Jarno Tikka's lines cruise with abandon. Keski-Säntti steals the show again for an elaborate monologue on keys in "Rieju." Tikka, though, is the prevalent voice on the other cuts, as his whole-hearted tone breaks through the group-dynamic with special verve. On "Kirkkis" the band swings, informed by the tradition but with a modern twist, owing in no small part to the exceptional rhythm section of bassist Mikael and drummer Okko Saastamoinen (who aren't related to each other). Okko gives the group its name and has been tagged as its leader in the past, though the players seem to share the spotlight equally. The musicianship and compositional finesse is on a high level throughout, with beautifully choreographed cues on "Arvo," shuffling beats and dense rhythmic impulses on "Vanhatie" and a big finish in "Yäsalmi"—the title translates to nightingale. The anthemic notion returns, but also includes all the other elements introduced before. Another very strong album by an original band and a forward-thinking label, whose catalogue continues to grow into something very special and unique.

Tracks: Drops; Have You Found Your Way?; Promenade; Something Doing; No Borders; Detuned Carillon; As An Echo; No Exit Way.

A View With A Room

Tracks: A View with a Room; The Ness; Amber; Morning Song; No Idea; Ayana; Time; Almost.

Tracks: In-Tension; Politics of Fiction; Past in Process; String Theory; The Switch; Party Line; Noise of Time; A Million Miles to Run; Feel it in the Air; Shake State; Heavy Smoke; Outbound. 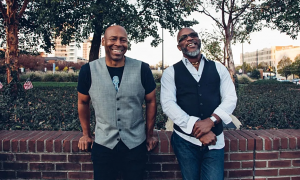 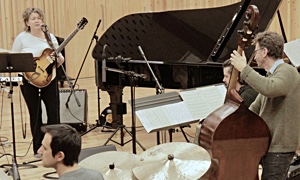 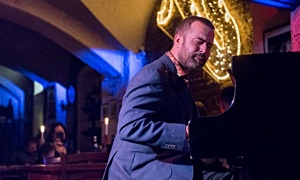 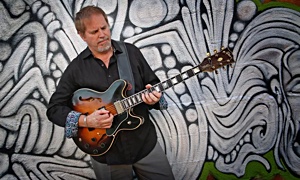