By PHIL DIPIETRO
April 3, 2003
Sign in to view read count 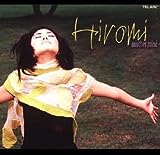 The bulk of my efforts here have focused on revealing some incredibly talented musicians who operate outside the bounds of the "conventional" music business (read: without benefit of major label clout) due to a plethora of barriers. It's a pleasure to be reporting on a new arrival that exhibits so much talent, so much potential, that barriers merely fall away before her in the face of them. Such is the force that is Hiromi. And yes, she most decidedly is of "Another Mind."

Having just turned 24, pianist Hiromi Uehara makes her debut as a leader, as well as a statement here, and quite frankly, I'm not surprised. I have benefit of geographical proximity to and the genial acquaintance of some killer young musicians at Berklee, among them bassists Tony Grey , Tiago Coimbria , and Mitch Cohn , who all referred me to their work with Hiromi about two years ago now. This, of course, led to bearing witness to a few stunning live appearances at Berklee, causing me to proclaim her as easily the most electrifying acoustic pianist I've ever seen or heard.

This release just reinforces that opinion on every level. This is basically a piano trio date, but it's electrified, most obviously from the bass chair, by Mr. Cohn, who's actually younger than Hiromi, and one Mr. Anthony Jackson, who guests on three of the nine cuts in the program. It's also electrified from the drum chair by Dave DiCenso , a virtual unknown in the jazz world, noted for his proggish work with John Petrucci of Dream Theater, punk stylings with Shelter and jazztronica drum'n'bassing with Dave Fiuczynski's Tao . But the set is most modernized and electrified by the compositions, concept and execution of the leader herself-sparks fly from her fingertips, indeed!

Hiromi is a dazzling, slight, sprite of a lady who, on stage, dominates the instrument with a confidence-exuding, physical swagger in a manner that can only be claimed by those at the highest levels of performance in the world today. In fact, her perfect posture and barrier-free technique are reminiscent of the great Frenchman Jean-Michel Pilc, but in very different context. The music mixes dashes of nuevo samba, funk, odd-time regalia, microtonality and steroid-laced ragtime and Tin Pan Alley into a heady brew of high-energy jazz that is closest in classification to, dare I say, fusion - all of which lends itself incredibly well to the sonic pallette that Hiromi creates on electric and acoustic axes.

Keep in mind that electric keys only appear here once, on the Nordlead-driven, funk phraseology workout, "010101 (binary system)," which also happens to be Jackson's signature guest shot. Angular addition to, then subtraction from, a funk vamp gives way to a straight ahead conventional acoustic chorus by Hiromi, supplanted by an odd-time drum'n'bass electric chorus, flaunting a healthy disrespect for any convention, culminating with a quote from "Flight of the Bumblebee." We then get reggae giving way back to swing, then heaving waves of acoustic color and only then a full five second measure of silence preceding the head and backing on out — an unconventional, alternative even, thrill ride. That being said, it's not the most daring cut on the disc. This handily goes to "Double Personality," which opens with Hiromi's immaculately hyperspeed classical-inspired runs setting up guests the "Fuze" and altoist Jim Odgren for a unison melody and subsequent funk/rock workouts.Listen for Mitch Cohn's frequently ornamented but root-down greasy groove thoughout the funk portions of this 12 minute opus, which also sees straight-ahead territory along the way. Fuze's solo is one of the most astonishing elements of this recording. Not just because it's all Fuze-pregnant pauses, twisted legato sickness, superhuman execution, one phrase voiced totally dry while the next superprocessed, one fretless, the next fretted- but in a sense by virtue of the fact that it actually stayed on the record. Adventurous, out, free, Hendrixian, microtonal, twisted-are these adjectives normally associated with the Telarc catalogue? It's followed by a virtuosic soliloquy by Hiromi in neo-classical-progressive mode. Listen for her un-miked vocalizations, which — unlike those of some other high profile pianists — sound great. This gives way to an almost purposeful old school cheesy fingerfunk, ascending-octave bass groove, over which Hiromi crosses up funk, stride and gumbo styles segueing into the linearity, then angularity that is all her own. Her solo seemingly ends, blessed by a wah-wah shimmer from Fuze, only to continue into straight-ahead territory.

The set's opener, "XYZ," sets the incendiary pace of the recording, with the main trio constantly reallocating between an M-Baseish, odd-time, but heavy on the backbeat, groove and invigoratingly staccato stops and starts into a rolling progression. Hiromi beats up the bass keys on her axe before flitting about the high end neighborhoods in a fearless manner at daunting speeds, which brings up a salient point.

Yes, Hiromi's music is full of emotion, drawing freely and effortlessly from the panorama of influences, most of them adventurous in aspect and application. But please, let's not downplay Ms. Uehara's abilities as a pure technician! This has become a bit too de rigeur in the annals of jazz criticism of late, wouldn't you agree? Yeah, sure a lot of people can play fast and clean-but believe you me they can't play this fast or this clean — vroom! (Want proof? Cue up "The Tom and Jerry Show." Capsule review: Jelly-Roll Morton meets Murray Perahia at Oscar Peterson's house for a pseudoephedrine Snapple!)

This observation is at the root of what I mean by barriers falling in the face of Hiromi's gifts. The girl is so good (read: bad, bad, baaaad ) that she gets to play whatever she wants with whoever she wants - A&R people, marketing reports and demographics be damned! It's a beautiful thing people-and it's this mix of abandon in the equation that makes Hiromi the debut jazz artist of the year. Look for big gains from Telarc , with dividends paid to the worldwide jazz audience, in the spring quarter of '03 — all well-deserved for showing the good sense to let this spectacular young lady cut loose!