By DAN BILAWSKY
January 7, 2013
Sign in to view read count 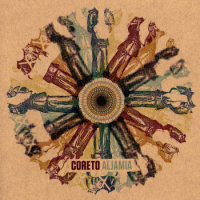 The full power of Coreto's music is felt in the combinatorial possibilities that exist with eleven individualists pulling their weight. This particular project is the first of what promises to be many from the Porto-Jazz Association, a collective of strong, modern jazz personalities based in Oporto, Portugal. Though still at an early stage as a cooperative unit, this album is a good indication that the association has the potential to do for its scene what the Brooklyn Jazz Collective has done on the other side of the pond: pool its resources to create intriguing music that bonds its members together as a group, but highlights its unique personalities.