A Sublime Question: What Does Jazz Want? 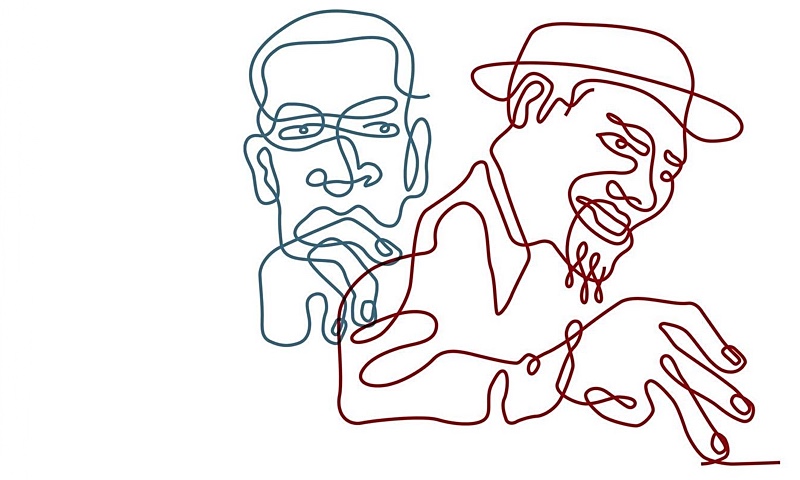 By DOUGLAS GROOTHUIS
March 16, 2015
Sign in to view read count
Does does jazz want something from us? Strange as this may seem, the answer is yes! As is true in every other area of life, something is desired of those with whom the art form interacts. It wants our engagement. It wants to elicit a response. It may ask much of us. Consider a few examples before we reach jazz.

Students need to know the great traditions of humanity, but these great traditions need to be known. Wise people want to know what matters about life and death and meaning; but what matters also needs to be known for the good for human flourishing. For example, while Blaise Pascal is often ignored in the study of philosophy, I labor to make him known through my writing and teaching. Intelligence and eloquence of this kind needs to be known. Students under my tutelage will hear the call from me, whether or not they listen.

Greatness, though, may be forgotten—or never known at all. Ignorance of the good, the true, and the beautiful makes a hole in the world. Uncovering a master's lost work prompts rejoicing in the world of art. One thousand, five hundred works by master painters such as Picasso, Renoir, Matisse, and Chagall were discovered in a dingy Munich apartment in 2013. It was held that they were consumed by the Nazi's zeal to destroy "degenerate art." Instead, they were held by Cornelius Gurlitt, the son of a German art collector. Revelations like this enrich and enlarge the art world.

Fifty-five years after To Kill a Mocking Bird appeared to great and lasting acclaim, a lost novel by its author, Harper Lee, was discovered and will be published. Millions want to read it, as they should. Literature asks us—or some of us—to do so. Similarly, jazz calls out for our participation and appreciation. We can enrich our world through discovery of, and interaction with, this art form. Aficionados of John Coltrane scour the Internet for newly discovered recordings, even though hundreds of hours of Trane's work already lies within our reach. Carnegie Hall once hosted The Thelonious Monk Quartet with John Coltrane on November 29, 1957 for a Voice of America Broadcast. A few jazz historians knew the secret, and perhaps a few in attendances have lived and remembered. Most of us, however, had no idea. But ignorance was removed and replaced by goodness and beauty in 2005 when Blue Note Records released Thelonious Monk Quartet with John Coltrane at Carnegie Hall.

Monk, the modernist master, had refined Trane, whose solos became more melodic, but no less insistent. Trane brought to Monk what no other could bring—passion, power, and courageous imagination. The partnership was sublime, if short-lived. Jazz enthusiasts everywhere rejoiced to learn of this discovery and savored every moment. Perhaps it even needed to be known. Seminal creators such as Monk and Trane would have wanted it to be known.

Creations come from creatures, whether in painting, literature, sculpture, or jazz. Some creations are worthy of beholding and remembering because they put us in our proper place before their greatness, or, better, because they are sublime. Sublime describes the recording A Love Supreme by John Coltrane. It stands up and stands out—pushing through the thick grey clouds of mediocrity. It will not fall back to earth.

This quaint word, sublime, should be dug up, brushed off, and put in good light. Pretty does not capture it; neither does beautiful. Something is not sublime because it can be put to use by busy workers or players. A waterfall or a painting or a saxophone solo may be sublime if it arrests us by attracting our astonished attention. The sublime is nothing in us. It does something to us because of what it is in itself. Economic measurement means nothing, nor does popularity—that fickle mistress of fortune. If another lost recording of Monk and Trane is released, its sales status would say nothing about its quality.

Given these reflections, how should sublime be defined? The online Oxford English Dictionary defines it this way: "Of such excellence, grandeur, or beauty as to inspire great admiration or awe: Mozart's sublime piano concertos." Of course, we may add Duke Ellington's, "Mood Indigo," Monk's, "Round Midnight," and many other jazz standards.

While the adjective awesome has been debased through overuse, awe is the apt response to certain writing, paintings, and music. We should be awe-struck, in awe—not merely stimulated. We feeble humans need promptings to look beyond ourselves and into the wondrous world of the sublime, in all its dimensions. What, then, does this often sublime art form of jazz ask of us? Just as an admired teacher or coach elicits excellence by her taste and insistent scrutiny, so does musical excellence command our attention and respect and soulful appreciation.