The State of Jazz, Coltrane Clones, and the Noose of Technology 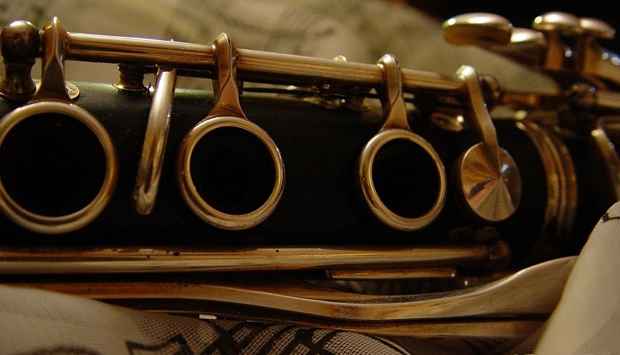 By MORT WEISS
May 28, 2012
Sign in to view read count
Some thoughts and comments—bound to piss some people off and others smile. Do I feel that I am an expert on what I'm about to say? The answer is a resounding yes! Onward.

I'm not overjoyed that my parents gave me a clarinet to play. If it had been damn near any other instrument, I would be a jazz household name by now. "Fuck it." Jazz as I know it is on its deathbed now, for many reasons. It's never gotten any better since its inception circa 1900-1960. It has gotten different.

Giant Steps was a masterpiece and a curtain lowering on an era. Ornette opened the door to all the "emperors and their new clothes,"—ergo, the onset of free jazz. There is nothing free in the working dynamics of the universe. If you defy the second law of thermodynamics—you lose! Chaos ensues. Free jazz = bullshit, jive—and a way to get laid if your audience is from the class of '65.

Back to Giant Steps, most of the sincere young cats today spent many hours practicing all of the scales and extended chord changes of Giant Steps, et al. They've incorporated these in their solos and all sound alike: Trane-clones, if you will. After two choruses, it becomes tiring and boring. Oh, Mr. Weiss, you're just not in tune with the self-searching inner peace and exploration of the tao of their musical singularity. Yeah, sure.

Change is inevitable; I'm down with that! Change is based on the demands of society at the time. As I write this, there aren't any valid new movements in any of the art forms, and the need for emotion-based creativity is now passe.' With the onset of all the technological advances, the impact on visceral and cerebral feelings has gone by the board.

Maybe the Luddites knew something? Art has always been dictated to by the need and the realization of creature comforts. It's difficult to be digging Tosca or Bird when you can't find a cave to take shelter from the wind and rain, dig? People must have a diversion or a source of meaningful entertainment to take their thoughts off of their inevitable demise, and the bullshit of politics essential that they understand how the game is played so they can make a living at their 9-5 slave.

As a result of this brave new world, the need for emotional and physical stimulation such as music (i.e., jazz—singing and dancing, plus the primal demands that must be satisfied to make our double helix happy in essence ... and other major cities) is going the way of the bare-knuckled fist fighters of the 1930s as a form of diversion from the realization of their part in the hard-scrabble existence on this veil of tears and so little laughter—on this cosmic joke that one finds themselves not only as a participant but the leading performer in this circus with out clowns, balloons or elephants.

That being said, 200 years from now certain people will revere the music called "jazz," and dig what it says to them. J.S. Bach had nothing published for 50 years after his death. Am I comparing myself to Bach? Hell, yes! Certainly not to Genghis Khan. Bach and I both had and have something to say and we did, and are doing it, with the language we knew and know best—music.

To sum up, I feel that technologies that are destroying the art form I love are analogous to what the onset of barbed wire did to the free and open ranges of America's western frontier in the late 19th century. Once again, I remind you that I realize change is inevitable. I'm "hip," but that doesn't mean I have to like it!

Finally, what I'm about to tell you some of you will enjoy and say uh huh! I told you so: If my very life depended on it, I could not name you one chord out of the thousands I've played in my nine albums. BUT—then again you're reading this aren't you? Yes I'm bitter, cynical, frustrated and amused. But I am a man that does not live a life of quiet desperation.