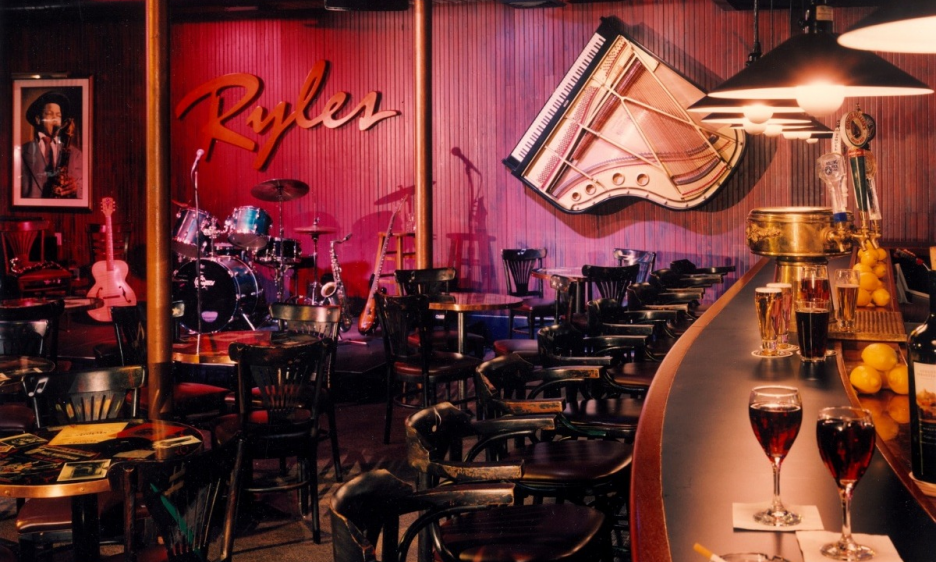 As of the end of June this year, Ryles Jazz Club will cease to exist, unless someone comes along to buy it and reopen it, which seems unlikely at this point.

I wrote the following article for the February issue of my monthly newsletter. As of the end of June this year, Ryles Jazz Club will cease to exist, unless someone comes along to buy it and reopen it, which seems unlikely at this point. The latest news from a newspaper was this article in the Boston Globe. Even though I no longer live in Cambridge, I have my own history with this club, mentioned in the article. I plan to keep my eye open for further news, and will pass this own as it become available. I Just received some unhappy news from a friend in the Boston Area. After 40 years of operation Ryles Jazz Club will be sold, and unless it is bought by someone who cares about Jazz it will cease operation. Given the astronomical price of real estate in Cambridge, where the club is located, it is unlikely that an investor is going to come along who will take a chance on a jazz oriented venue at whatever price the place will get.

Ryles was started by Jack Riley, a prince of a man, and a true friend of musicians. He had another club, before this in another part of town called Jack's, that featured mostly what we now call Americana music. Many folks who played there went on to considerable success, among them Bonnie Raitt and Jackson Browne. After he sold Jack's he decided to go to an all jazz format at the once-Italian restaurant he purchased in Cambridge's Inman Square. He was a champion of the local musicians, and while you had to have your business act together in dealing with him, he was never one to take advantage of the struggling artist.

Finally, as he got into his '80s, Jack was ready to retire, and the Mitchell family, who own the S&S Deli in Inman Square, made Jack a good offer. To those of us locals it has appeared that the Mitchells were more interested in gobbling up real estate in the Square, than in carrying on with Jack's vision. Not only did they buy Ryles, but they purchased the building next door, home of another bar and music venue. They used the space occupied by the bar to expand their restaurant, and rented our the rest of the retail space, and moved their offices into the upper floors.

Upon taking over Ryles the hiring policy changed. Where Jack would pay a reasonable fee for the musicians in return for a good performance, and professional conduct, the new regime involved getting a percentage of the door. Further the responsibility for promotion was now put on the shoulders of the performers. We have seen this trend since the late '80s, and for various reasons this was the business model the new owners decided to follow. In addition, acts now had to go through a booking agent/musician who clearly had a conflict of interest (not that all those who ware both hats do). He was unpleasant to deal with, and pretty much universally disliked by the musician community.

Often attendance at Ryles was disappointing after the Mitchells took over. I blame the lack of proper promotion on the part of the venue for this. While all of us performers try to use our networks to get the word out, promotion is not our main skill. Preparing and performing music is, and it takes a lot of time and energy, something all too many venue operators do not seem to grasp, or respect. For instance, highly esteemed trumpeter, arranger, and Berklee Professor Greg Hopkins put together a big band for a show a Ryles. The band included some of the finest players in town, at least one of them a former Jazz Messenger, but the room was only one- third full. With proper promotion, it could well have been nearly sold out, at least. This is something that is not only the responsibility of the venue, but in their economic interest. As they say "go figure."

The situation was even worse when there were performers from out of the area, especially those, who because of their stature, could easily be promoted by the venue. Of course, the venue operators need to have some idea of their stature, and I never got the impression that the Mitchells actually had much interest in jazz, or the musicians who play it. The almost consistently low attendance at Ryles would not argue well for the new owners, whoever they might be, continuing with a jazz policy. That is if they are interested in continuing to operate a bar/restaurant/music venue. Having lived in the neighborhood for many years, I would not be surprised if the building will be sold to a developer, who will tare it down, and build a taller one with condos on the upper floors and retail on the street level. The Ryles building is only two stories tall, and current zoning would allow for four.

I hope I am wrong about this, and that someone who cares about jazz—or at least live music in general—someone with the experience in presenting live music, purchases Ryles. However, with the lack of support for live music venues, and the economics of real estate in Cambridge, it does not seem likely. We will have to see what happens.