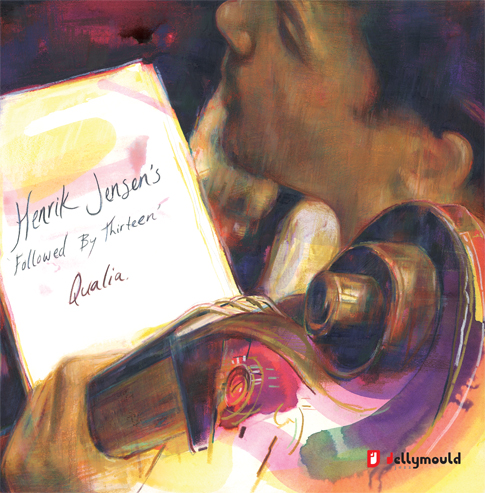 Qualia is the beautiful debut album from London-based Danish bass player/composer Henrik Jensen and his group Followed By Thirteen. Dedicated to his mother who was incredibly superstitious ¬– Qualia (a philosophical term meaning an unfamiliar word for something that could not be more familiar to each of us – is a collection of melodic, swinging compositions written specifically for this group of musicians for whom Henrik has a real affinity and affection for; and what a band they are! American trumpeter Andre Canniere is a rising star on the European jazz scene. As well as playing with such luminaries as Maria Schneider, Bjorkestra, Ted Poor, Ingrid Jensen, Donny McCaslin and Darcy James Argue Canniere’s debut album from 2012 was hailed as “beautifully balanced” and “exhilarating” in its five star review by The Guardian. Danish pianist Esben Tjalve’s delicate playing compliments Jensen’s compositions with such taste and underpinning the whole band with his sensitive, unobtrusive dexterity is British drummer Peter Ibbetson who is becoming a favourite amongst leaders on the healthy London scene. Jensen has spent the last five years recording and touring the world with the vocal trio The Puppini Sisters but he has also been laying the bass lines down for artists including Pete Wareham, Martin Speake, Elizabeth Shepherd, Peter Ehwald, Billy Jenkins, Arthur Lea, and Will Butterworth. However, it is this group where Henrik’s musical focus really lies. Qualia is a collection of compositions that are thoughtful, playful, at times melancholic and there is space in the arrangements, room for each member of the quartet to express. Quaila is released on the young label Jellymould Jazz who is dedicated to supporting young UK based jazz talent. In the last year Jellymould has released critically acclaimed albums by Aquarium, Hannes Riepler and Mick Coady’s Synergy amongst others and the BASCA award winning The Green Seagull by Tommy Evans. 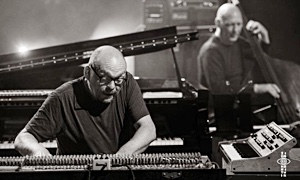 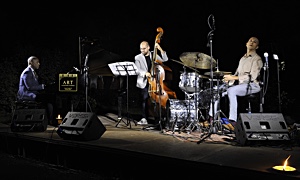 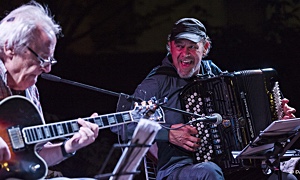 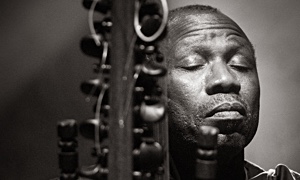