Tribute To Howard Johnson At Merkin Hall On September 18th Featuring Taj Mahal And More! Presented By The Interschool Orchestras Of New York! 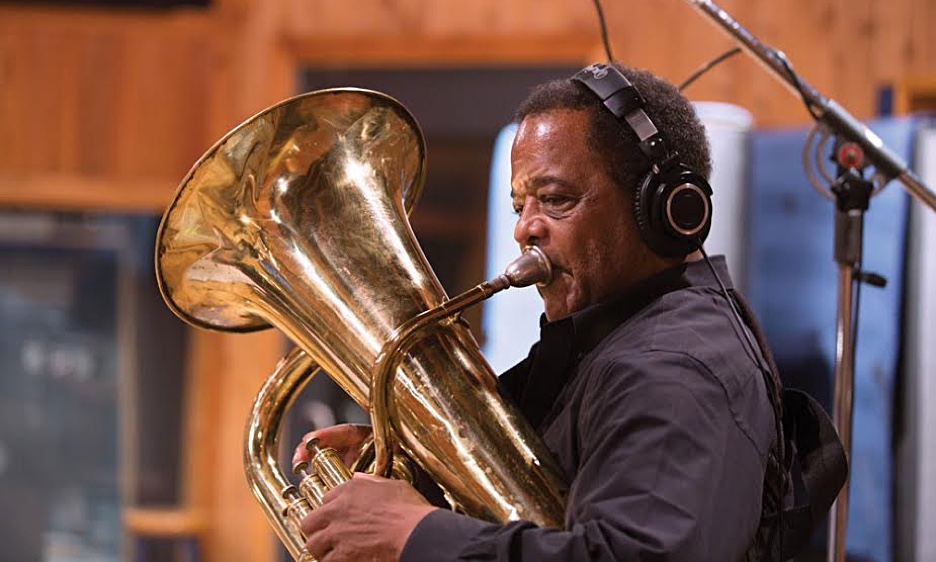 (Howard Johnson) ...the figure most responsible for the tuba's current status as a full-fledged jazz voice.
—Nate Chinen

InterSchool Orchestras of New York (ISO) is proud to announce its 2019-2020 gala celebration, A Tribute to Howard Johnson, at Kaufman Music Center's Merkin Hall, September 18, 2019 at 7:30 pm. The special event will honor the musical legend, who, in his five-decade career, has played alongside luminaries in multiple genres and pioneered the voice of the tuba in jazz. The event will also feature the talents of two-time Grammy-winning musician Taj Mahal and students of ISO. All proceeds from the event will support financial aid and scholarships for ISO students.

“ISO's mission- to serve all young musicians who want to participate, regardless of ability to pay- is deeply rooted in a long-standing commitment to the children of New York City," said Karen Geer, executive director of ISO. “We are thrilled to pay tribute to Howard Johnson as a distinguished member of the city's vibrant musical legacy. His tremendous career and innovations in music are a testament to the creativity, passion, and perseverance our students find through playing in an orchestra and carry with them throughout their lives."

Gala honoree and performer Howard Johnson stated, “I am honored to be recognized by ISO for my contributions to the music community. Being a musician has opened so many doors in my life, and I am grateful for the opportunity to make that possible for a new generation of players. Because of their time in the orchestra, the talented students of ISO will go on to be lifelong supporters of the arts, no matter their career path. The funds raised as part of this event will help make that vision possible."

A Tribute to Howard Johnson will raise funds to support scholarships and financial aid for ISO students. As a critical element of ISO's mission to nurture young musicians, no child has ever been turned away because of financial need; 80% of ISO students receive some form of financial assistance, and the organization awards nearly $250,000 in scholarships each year.

Sponsorships for the gala start at $2,500 and include dinner and an evening of performances by Taj Mahal, Gravity, the Levon Helm horns, the Beartones, and members of the ISO Symphony. For more information, visit isorch.org or call (212) 410-0370. Tickets will be sold closer to the date of the event.

Howard Johnson is a legendary performer and mentor to a generation of African-American musicians. Over the past half century, Johnson has appeared on hundreds of albums playing tuba, baritone saxophone, bass clarinet, electric bass and other instruments with the giants of many genres. New York Times critic Nate Chinen credits Johnson as “the figure most responsible for the tuba's current status as a full-fledged jazz voice." Arriving in New York in the early '60s, Johnson quickly gained notoriety as a sideman, recording and performing with Duke Ellington, Quincy Jones, Buddy Rich, Chick Corea, John Lennon, Paul Simon, and eventually hundreds of others. As a tubist, Johnson was the first to demand prominent solo roles for the instrument in jazz and was heavily involved in the design and manufacture of a specialist tuba for jazz playing. In 1975, Johnson was appointed the inaugural bandleader of The Saturday Night Live Band. He was also a long-time muse to innovators such as Charles Mingus, Gil Evans, Carla Bley, and George Gruntz, who created music to showcase the multi-instrumentalist's abilities, and inspired him in his life-long quest to expand the range and repertoire of the less familiar instruments in jazz and popular music.

Sparking interest in music, especially in young people, has always been of paramount importance to Howard Johnson. It's his life's mission, likely fueled by his own passion for the art that first flared in junior high school. As a youngster, he spent every free minute in the band room, investigating the contents of the mysterious and intriguingly shaped instrument cases. He eventually tried his hand at many of the instruments he first encountered there, an opportunity to explore not afforded to many 21st century students, as arts programs in schools dwindle.

Supporting this voyage to musical discovery-and the self-discovery inherent in musical expression-is a mission dear to the heart of this legendary musician. Howard Johnson notes that while many people in the world have knowledge and talent, each individual has something unique and important to contribute, if given a chance: “What you give of yourself, there's nothing that can beat that," he declares.

Founded in 1972, the InterSchool Orchestras of New York creates opportunities for school-aged children in New York City to make music together through a tiered system of four orchestras, serving beginners to pre-conservatory-level players. ISO provides a nurturing environment where all children can realize their personal best, achieve high artistic standards, and share their music with the community. Under the leadership of executive director Karen Geer, ISO serves nearly 300 students from diverse backgrounds living in each of the five boroughs and surrounding areas. Generous financial aid and scholarships ensure that every child can participate.

In its distinguished 47-year history, ISO has collaborated with artists and ensembles including James Earl Jones, David Amram, Raúl Jaurena, Canadian Brass, and Dance Theatre of Harlem, and on stages including Carnegie Hall, Jazz at Lincoln Center, Symphony Space, the Metropolitan Museum of Art, and the United Nations. Additionally, ISO has been featured on WNET's (PBS) NYC-ARTS; participated in the Unity Youth Symphony as part of the HBO documentary Landfill Harmonic; and is a League of American Orchestras award winner as well as a member of the Channel 13 Hall of Fame.

ISO is supported in part by funding from the New York City Department of Cultural Affairs and the New York State Council on the Arts.