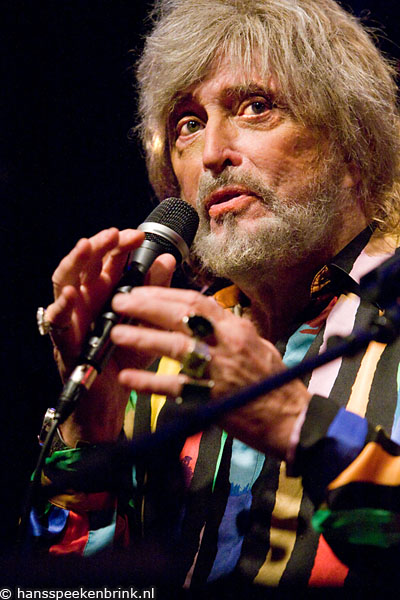 slideshow
For the third consecutive year, jazz vocal icon Mark Murphy will be celebrated at a fundraiser for the Jazzschool Institute's vocal scholarship named in his honor. One of the most gifted and original male jazz vocalists of the last 50 years, the six-time Grammy nominee has inspired generations of nascent jazz singers.

The benefit concert will take place at Yoshi's Oakland on Monday, November 14, at 8:00 pm and will feature, among others, four Murphy protegees who have gone on to establish themselves as innovators in their own right—Kitty Margolis, Madeline Eastman, Ann Dyer, and Laurie Antonioli. They will come together to celebrate his influence through story and song&#151an idea of Margolis's in 2009 that has turned into a perennial highlight of the Bay Area jazz fall calendar.

Murphy himself is scheduled to make a special appearance during the evening's proceedings. He had been unable to attend in previous years because of health concerns; these have not only been resolved, but Murphy is happily once again touring and recording. “I am sincerely grateful about the concerts and the scholarship in my name," he says. “It proves that my work is seminal and enjoys a permanent place in the jazz pantheon. This is the first year I will be present at the event," he adds, “and I am excited not only to be there, but to ask Ann Dyer if she'll go Latin dancing with me, to see if I can still do it!"

Antonioli is thrilled that Murphy will be in attendance. “There are just a handful of the vocal masters left," she says, “and Mark is one of them. He has it all—the devastatingly beautiful ballads, the burning scat singing, the embodiment of swing, bossa nova, and modern jazz feels. We love Mark, and it's going to be an amazing night as we pay tribute and listen to him sing as well. It will be an historic evening of vocal jazz, and I hope that everyone who knows Mark and has been influenced by him comes to the show and also hangs out afterwards to say hello."

The groundbreaking Jazzschool Institute Vocal Program, now in its third year, is dedicated to developing singers that carry on the spirit of the great singers, and Murphy acknowledges the importance of mentoring singers and providing education to keep the art form going. “I am open to helping," he says. “It is important to continue the thread of knowledge, to pass on information to the next generation."