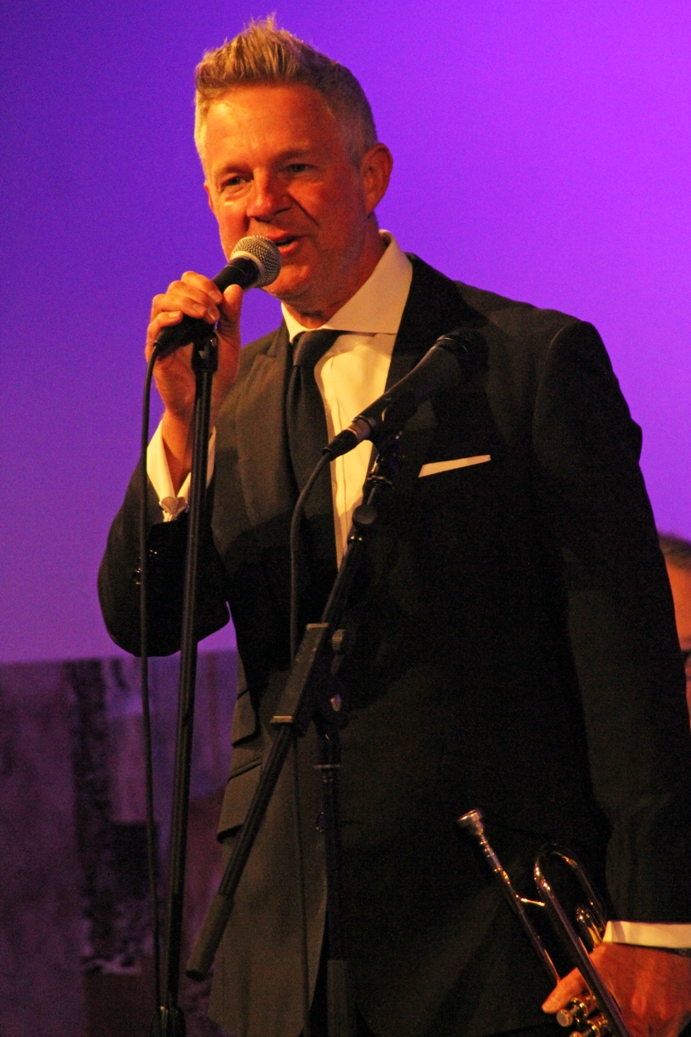 You can't go wrong with the standards, be they items from the Great American Songbook, Braziliana or tried-and-true jazz chestnuts. You just need a talented band to deliver them with a fresh stamp—and a healthy dose of enthusiasm.

Such was the case on Friday, February 11, when the Dan Miller-Lew Del Gatto quintet performed in the Jazzy Nightsconcert series at the Sidney & Berne Davis Art Center with special guest Jeremy Davenport. Later in the evening, there was a surprise walk on.

Davenport, a St. Louis native who has called New Orleans home since the early 1990s, is a fine trumpeter and singer. He and trumpeter Dan Miller were band mates for six years in the Harry Connick Jr. Big Band. Since 2000, Davenport has been the in-house entertainer at the Ritz Carlton Hotel in the French Quarter. He and his small band perform four nights a week in the hotel’s Davenport Lounge.

The band this evening in downtown Fort Myers included trumpeters Davenport and Miller, tenor saxophonist Lew Del Gatto, pianist Roy Gerson, bassist Brandon Robertson and drummer Tony Vigilante. Everyone got ample solo space and made the most of their moments to put a personal stamp on the music.

The wide-ranging program included the Bobby Darrin hit “Sunday in New York,” written by Peter Nero and Carroll Coates, “Come Rain or Come Shine,” “You'd Be So Nice to Come Home To,” “Too Marvelous for Words,” “The Lady is a Tramp,” “I'm Confessin' That I Love You,” “Blue Skies” and “Fly Me to the Moon.” The band also shared two classics from Antonio Carlos Jobim's bossa nova repertoire- “Corcovado” (with Davenport singing the Quiets Nights and Quiet Stars anglicized lyrics) and “The Girl from Ipanema.”

Davenport spent equal time digging into lyrics with his pleasant, sometimes breezy voice and improvising with a rich tone on his horn, often setting up a more fiery solo response from Miller. Such was the case on the Vernon Duke-Ira Gershwin classic “I Can't Get Started” from the film Ziegfeld Follies of 1936.

They served up a special moment at the end of the night. Trumpeter Terumasa Hino, who winters in southwest Florida, joined the band for a incendiary take on Thelonious Monk's bop classic “Blue Monk.” The energetic Japanese horn man took the first solo and set the pace with his blistering tone, then dancing and swaying in place behind the other soloists until it was time to join the horn chorus or trade fours.

This Jazzy Nights concert drew a crowd of about 175. Next up in the series, pianist Aaron Diehl's trio on April 22.