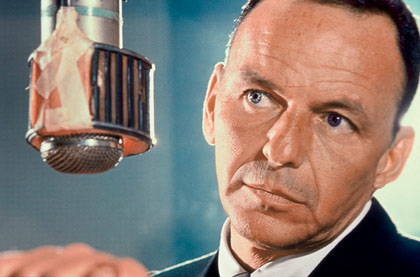 slideshow
It was the city where the Rat Pack partied, Elvis honeymooned and Eisenhower swung the only hole in one of his life.

Palm Springs, California's fabled desert oasis, has long been a winter playground for the Hollywood set; the city lies just 100 miles (160 km) east of Los Angeles. But it is also home to an extensive array of beautifully preserved Modernist structures that have turned this golf- and-cocktails resort town into a must-see destination for devotees of architecture.

For several decades in the middle of the 20th century, internationally renowned architects such as Richard Neutra and John Lautner--who is currently the subject of a retrospective at the Hammer Museum in Los Angeles--created audacious buildings in Palm Springs that helped revolutionize the way Americans lived and played. Out went stuffy Victorian parlors; in came sleek, glass-walled structures that blurred the line between indoors and out. The bulk of what these architects designed was residential, which meant the only way to see one of the buildings back then was to have Frank Sinatra invite you over for drinks. Today, though, many Modernist homes are available as vacation rentals, including the long, lean, flat-roofed manse that once belonged to the Chairman of the Board himself.

Renting one of these houses can be an intimate way to get to know the city, to see a side of it that can't be found on the noisy pool deck of a chain hotel. An expansive three-bedroom house designed by local architect William Cody in 1964 has a demure flat-roof-and-steel-beam structure that pays homage to the uncomplicated designs of German-born architect Ludwig Mies van der Rohe. But the interiors are straight-up '60s opulent: there are travertine walls and an arena-size master bathroom clad entirely in Carrara marble.

More modest but equally intriguing are the Alexander Construction Co. tract houses, whose rooflines extend out and up like the fins on a Cadillac. One Alexander owner, Chris Menrad, recently worked with the home's original architect, William Krisel, to redesign the landscaping so that it complements the structure's now retro-futuristic look.

And then there's Twin Palms. The Sinatra estate, designed by local architect E. Stewart Williams in 1946, has four bedrooms, ample areas for entertaining and one very thick shag rug. “You can sit by the piano-shaped pool and sip cocktails from the retro bar," says Kevin Blessing, CEO of Beau Monde Villas, which manages the house. Alas, Ol' Blue Eyes' recording equipment is not connected for use. And there's a $1,000 security deposit because, as Sinatra crooned, accidents will happen after all.

RENTS FOR $2,600/NIGHT TWIN PALMS Art appreciation doesn't come cheap. Sinatra, above in 1964, in his four-bedroom manse, which has a piano- shaped pool