"Opus One," the Plus Loin Music Debut of Israeli Saxophonist-Composer Shauli Einav 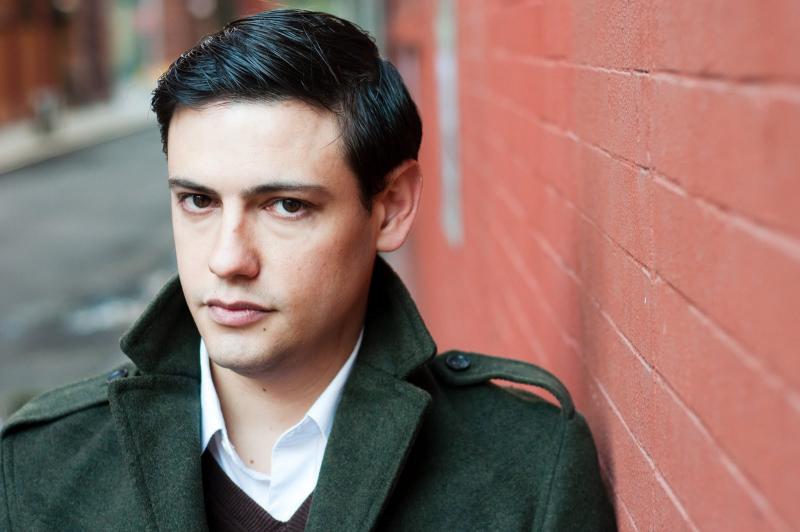 Today's international release of Opus One marks the emergence of a promising new talent on the jazz scene, saxophonist-composer-arranger and bandleader Shauli Einav. On his startling debut, from the French Plus Loin Music label, the gifted young musician is accompanied by a stellar crew that includes pianist Shai Maestro, trombonist Andy Hunter, bassist Joseph Lepore and drummer Johnathan Blake. Together they interpret this richly rewarding music with rare chemistry and a collective sense of purpose that elevates the proceedings to some lofty peaks. “I was really trying to make something meaningful and full of essence," says Einav. “And while some of the tunes remind me of my homeland, I don't see this as an Israeli album, it's just music per se."

February 4th begins the celebration with a stellar sextet on the bandstand with Einav at The Beehive in Boston. The group that evening will feature the phenomenal trumpeter Avishai Cohen.

The gifted young saxophonist will follow these U.S. gigs with an overseas tour including stops in Tel Aviv, Paris, and Köln before returning to NYC in March. At the Tel Aviv Jazz Festival Einav appears on a special show featuring the internationally acclaimed pianist Tigran Hamasyan. In Cologne and Paris, Einav will have the pleasure of hosting one of the best Israeli pianists—Omer Klein.

Shauli Einav began his career as a professional musician at a very young age. He traveled the world from age 7 as a musician and dancer, playing violin and recorders with Hora Jerusalem, the official multi-cultural folk-dance group of Jerusalem. His father played accordion in the group and his brother and sister were also members of the ensemble. Being exposed to such variety of musical traditions in the group influenced him greatly and can be heard in his compositions.

Einav also served in the Israeli army in the Gaza Strip during the Intifada and the loss of a dear friend of his, David Damelin, is paid tribute in a tune off of Opus One, “The Damelin."

Playing the saxophone since age 13, he went on to study as a protégé of the late Arnie Lawrence, a Brooklyn-born saxophonist and educator who moved to Israel in 1997 and founded the International Center for Creative Music in Jerusalem. Einav was exposed to the concept of music operating on a deeper level than just notes on a page from the time he was a teenager. “Arnie influenced almost every new Israeli jazz musician that has come to New York since the '90s. And his main thing was that when you play, you have to play the truth and you have to play so it swings. It's not about just having fun, it's about delivering a message to the world, whether it will be the most beautiful ballad or the most up-tempo, swinging thing ever. Whatever you play, it has to have meaning and a strong sense of urgency behind it."

While the music on Opus One is marked by sophisticated compositions full of intricate time-shifting and rich harmonies, the tunes are ultimately catchy. As Einav explains, composition was important at Eastman where he received his master's degree. “I did a lot of playing in the big band there conducted by Bill Dobbins, so I learned a lot about harmony and voicings there and I bring that quality to my own writing. But I hope that the compositions are also catchy and memorable. My sax teacher, Walt Weiskoff, always said that a good jazz composition also has to be memorable. That's why we all remember 'Mr. P.C.' and 'Ornithology' or a Pat Metheny tune or all the tunes by Horace Silver and Bobby Timmons. So I tried on this album to have sophisticated compositions but also to make them as melodic and memorable as I could."

“a treat for young and old ears looking for a new turn on. Solid stuff throughout." —Midwest Record