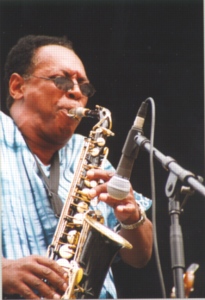 Noah Howard's Wikipedia profile is available by clicking here and his official website is here). Funeral/memorial service arrangements are pending.

Here is a video of Noah Howard live at The Empty Bottle in Chicago: