"Night of Jazz and Fashion by the Sea Benefit Concert" 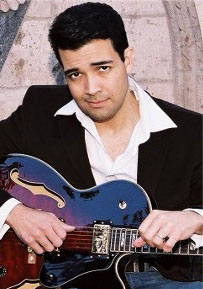 Nu Groove Records Jazz recording artist Jay Soto will help kick off the first annual “Night of Jazz and Fashion by the Sea Benefit Concert" for children with HIV/AIDS and Pediatric AIDS Research.

Jay Soto is a guitarist, songwriter, engineer and producer whose first single, Slammin', became a smash hit and reached #2 on the coveted, national R&R charts. His next single, Stay A While, is currently rising up the charts. Soto is currently working on his next album which will feature more of Jay's abilities as a musician including vocals as well as his notable guitar playing.

Jay Soto's latest performance brought everyone to their feet at the Hyatt Regency New Port Jazz Festival on May 18, 2008 and left them wanting more. This emerging artist is definitely making his mark in the smooth jazz scene! Visit Jay's website at http://www.jaysoto.com.

There will also be guest appearances of some of the biggest stars in show business supporting The HUSH Foundation in the fight against HIV/AIDS such as Kellita Smith (Bernie Mac Show), Khandi Alexander (CSI Miami), Dsean Terry (States of Grace), Parker Delon (TMZ), and more.