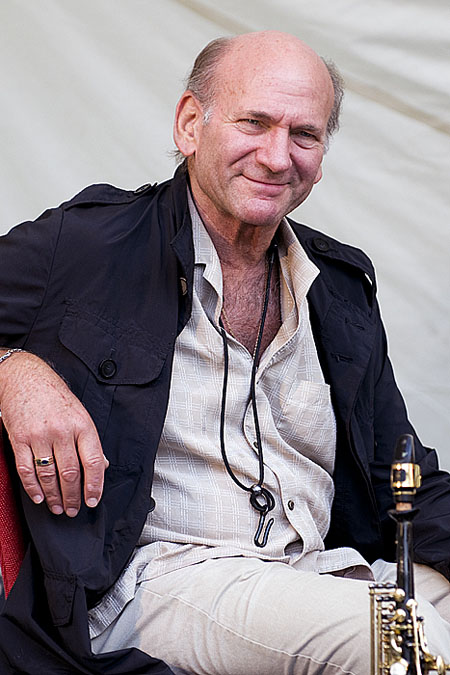 slideshow
With the unveiling of the Miles Davis statue in Alton set for this Saturday, today's Music Education Monday offers an opportunity to hear from a couple of his former sidemen, the saxophonists Dave Liebman and Bill Evans.

In addition to playing with Davis at the turn of the 1970s, Liebman also had a notable stint early in his career with drummer Elvin Jones' group. In the ensuing decade, he's performed all around the world and appeared on hundreds of recordings, including more than 100 as a leader or co-leader.

Liebman also has been involved with jazz education for most of his career, and in 1989 founded the International Association of Schools of Jazz, which seeks to bring together jazz educators from all over the globe. He can be seen in the first video embed after the jump, presenting a workshop in December 2014 at the Woodbrass music store in Paris, France.

Evans, who was once a student of Liebman's at William Paterson University in New Jersey, had his time with Davis came more than a decade later, as he was part of the trumpeter's series of “comeback" albums that began with The Man With The Horn.

After making his reputation with Davis, Evans has continued to work steadily as a sideman, a collaborator in groups such as Soulgrass and Elements, and as a band leader, putting out nearly 20 recordings in his own name. You can see Evans in the second video embed after the jump, giving a master class in 2012 at the Mariachi music store in Moscow, Russia.