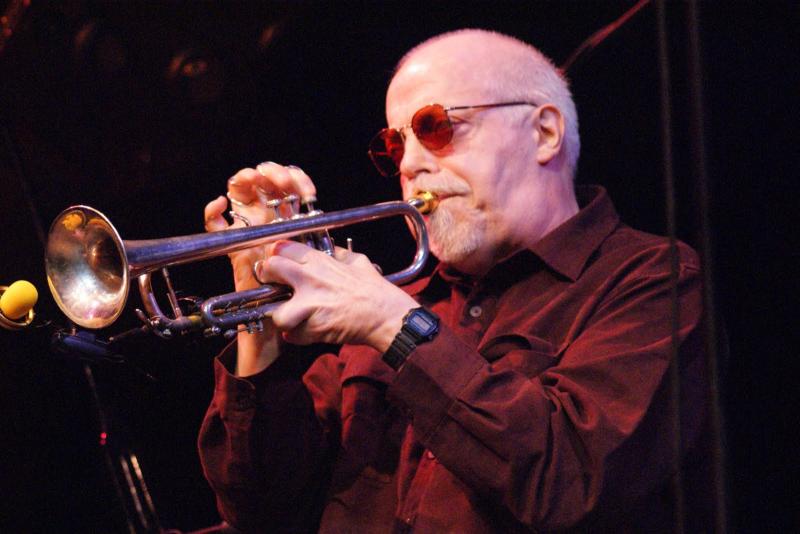 slideshow
Temperature tags have long since fallen out of fashion as codifiers for coastal jazz differences. But damn if trumpeter John McNeil hasn't struck pay dirt, intended incongruities aside, with East Coast Cool, his third outing for Omnitone. The primary source of inspiration for the project lies in the corpus of the classic pianoless Gerry Mulligan and Chet Baker quartet. McNeil's resume even includes an early career stint in Mulligan's employ along with apprenticeships with Horace Silver and the Thad Jones/Mel Lewis Orchestra. Another, slightly later, sans-piano influence also colors the music, as strains of Ornette's bands with Don Cherry percolate quietly throughout the program's 12 tracks. Spanning the space between the two epochal groups while still retaining his own voice, McNeil ensures that his freer interests and those of his colleagues also hold strong purchase in the music.

Allan Chase's versatile baritone serves as a perceptive counterpart to McNeil's loose personification of Chet in the frontline. He mimics Mulligan's polish but also plumbs the horn's lower regions in a Pepper Adams mode when the situation requires, as on the propulsive “Internal Hurdles" and the solemn ballad “Wanwood." Bassist John Hebert and drummer Matt Wilson, playing the parts of Bob Whitlock and Chico Hamilton or Henry Grimes and Dave Bailey, depending on your preferred point of reference, make for an inspired casting choice as rhythm team. The tunes, all but three written by McNeil, delight in subtle and mischievous upendings of expectation. But it's all done with a close attention to tunefulness and it often takes a careful ear to fully discern just how subversive the band's being with both its arrangements and improvisations. This is the sort of disc to audition for the Doubting Thomas jazzbos who cling doggedly to their hard bop albums and sneer openly at post-modal developments in the music. Pieces like the sprinter's reading of the Mulligan favorite “Bernie's Tune," juiced up with guillotine tempo shifts and free falls, and aptly titled “Delusions," which runs on a deceptively morphing melody and Wilson's dynamically-charged drumming, are near certain bets at cleaning such sets of calcified ears without leaving them bruised or ringing.

McNeil muses candidly in the notes on the '50s West Coast predisposition for writing brazenly happy compositions. The band hides some razor blades in the proverbial mincemeat with the original “A Time to Go." Playing it relatively straight and sweet at first and sailing through a jaunty head with joint aplomb, the four switch palettes and paint in more pensive and darker pigments that give the piece an underscoring edge, oceanside sun girded by a penumbra of furrowed gray clouds. McNeil leaves few possibilities untouched and even traffics in tone rows with his terse adaptation of “Schoenberg's Piano Concerto." I've spun this album at least a dozen times in full or part and have yet to weary of it. Repertoire by rote it most certainly is not. McNeil accomplishes a feat fewer of his colleagues seem willing to attempt- that of recycling old bottles as worthy receptacles for new grappa.