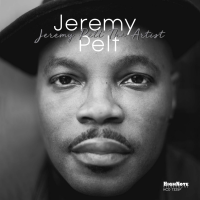 slideshow
For nearly two decades, Pelt has made it clear via his trumpet playing, and occasionally in interviews, that he is attuned to what other artists achieve in their work. That sensitivity extends well beyond jazz—indeed, beyond music. For this album, his primary inspiration came from the 19th century French sculptor Auguste Rodin. In notes for Pelt’s first album, Profile (2001) I observed, “Pelt’s own studiousness is audible, as are his confidence, his senses of proportion and humor, and the depth of his musicianship.” There is no humor in the subjects of the Rodin sculptures on which Pelt bases the elements of his five-part suite.

There are, he points out, “dignity and despair” in Burghers of Calais and the struggle of moral opposites invoked by L’Appel Aux Armes (The Call To Arms). Pelt’s Gates Of Hell, was inspired for Rodin by a vision in Dante’s Divine Comedy. It features Pelt playing into a cup mute and creating intensity through repetition plus a bit of judicious electronic manipulation and, at a key moment, a brief open-horn scream. As always in his albums Jeremy Pelt surrounds himself with colleagues attuned to his musical, artistic and intellectual wavelengths. In the case of The Rodin Suite, they are Victor Gould, piano; Vicente Archer, bass; and Allan Menard, drums; Alex Wintz, guitar; Chien Chien Lu, vibraphone and marimba; and Frank Locrasto, Fender-Rhodes.

My recommendation is that you listen to this album after reading Pelt’s liner notes. Then, listen to it again.