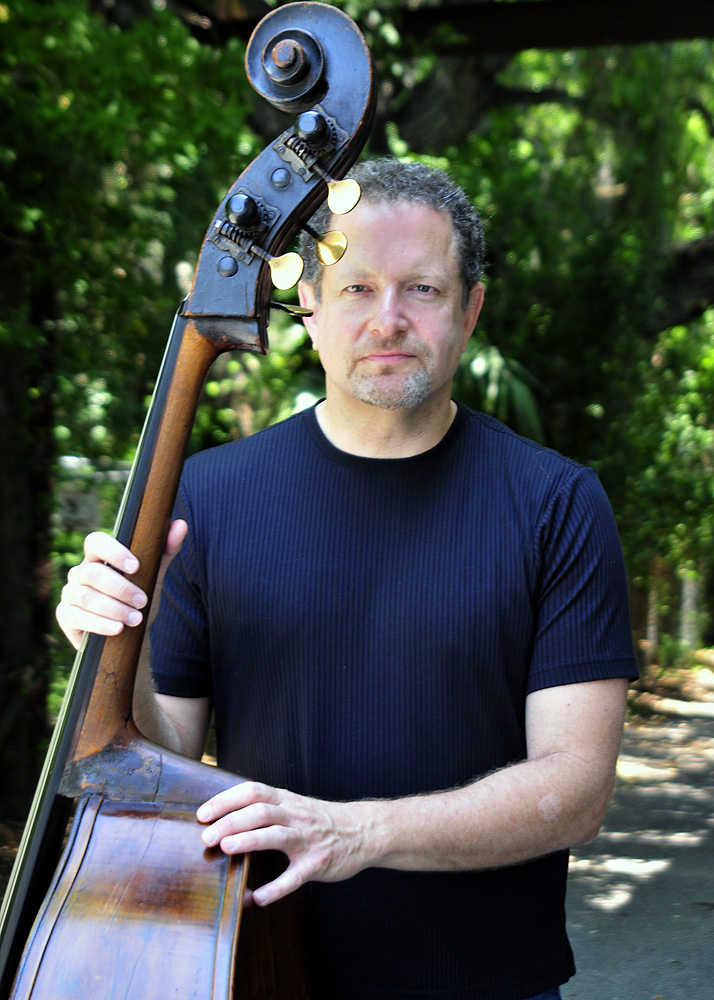 slideshow
There is nothing quite like the intimacy and congeniality at a jazz house party. That was clear on Thursday, March 1, when bassist Michael Ross and his wife, Amanda, welcomed about 40 friends and jazz lovers into their Sarasota FL home for an evening of music.

The band for the one-hour-plus set of music included Ross, singer-percussionist Fred Johnson and reed player Danny Jordan, who performed on tenor sax and several flutes.

This was like having jazz in your living room—except for the fact that it was held outside on Ross's lush garden patio as the full moon rose in the distance.

St. Petersburg-based Johnson's deft fingers added colors and accents with his cajon, a box-shaped wooden percussion instrument on which he sat, but his vocal creativity carried the night.

His delivery is bluesy and soulful, the audience hanging onto every note, many of them stretched or reshaped to fit the emotion of the message or the moment- and his ability to emulate the sound of a slide trombone for vocal effect. The latter was dome sparingly and tastefully.

There were several clear highlights.

Johnson, Jordan and Ross are longtime collaborators, frequently with a bigger ensemble, but the trio format for this evening, giving each of them ample room to blend their talents. Other tunes explored included “Every Day I Have the Blues," “Autumn Leaves" and “God Bless The Child."

They will appear in a quintet format with guitarist LaRue Nickelson and drummer Walt Hubbard, on Sunday afternoon, March 11, at a Tampa Jazz Club matinee concert at Hillsborough Community College Ybor campus in Tampa at 3 p.m.

A bit more about the house party concept. Musicians with the space to do so ought to consider it as a treat for their fans. A donation jar with a suggested amount, like the $15 apiece in this case, means the musicians get paid a decent amount (as much or more than they might get on the usual bar or restaurant gig).

And if you invite the neighbors, they won't complain about the extra cars parked on the street or in front of their houses. It will also strengthen their appreciation of your musical talents.