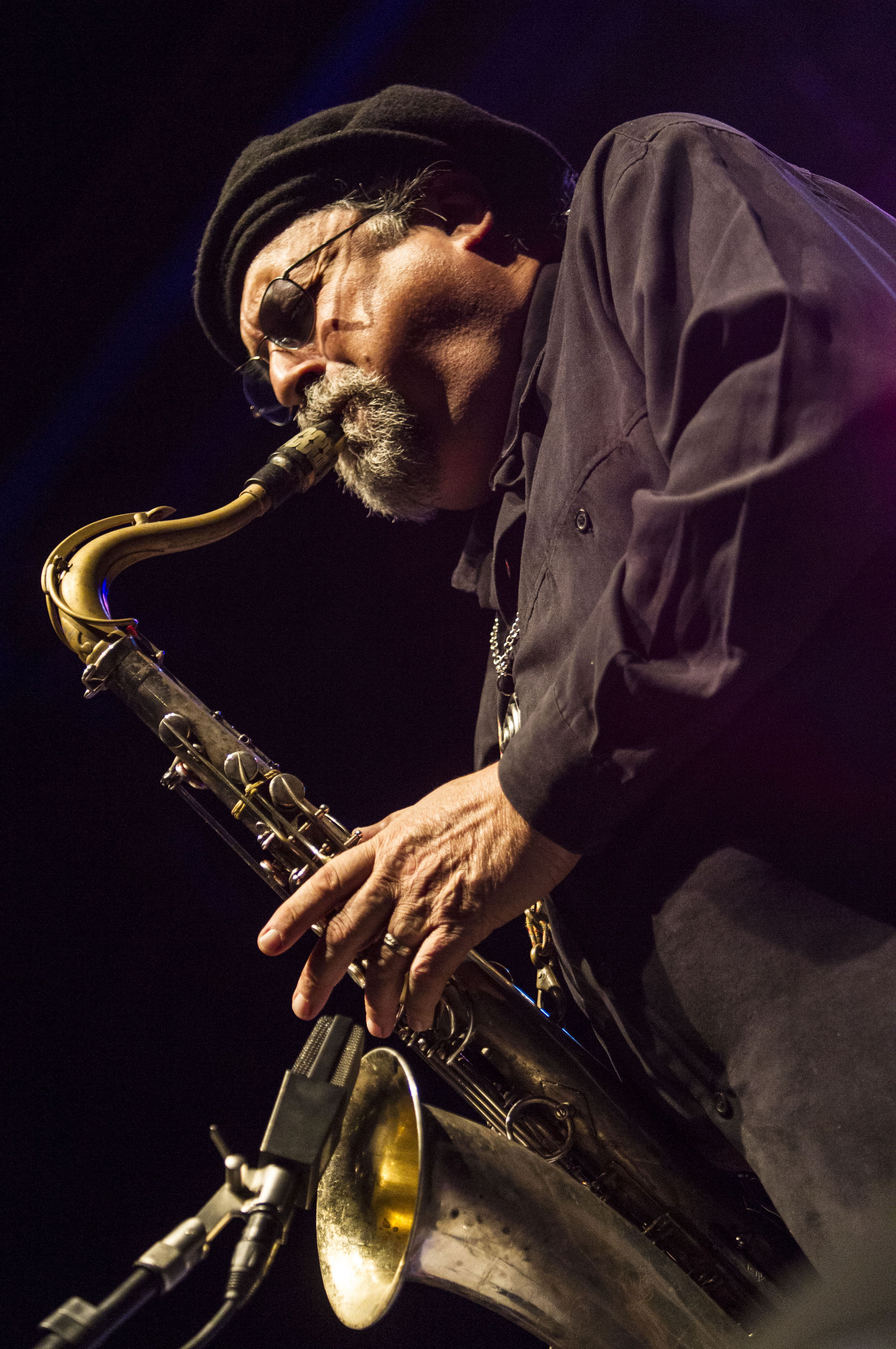 slideshow
Though it's the last day of Jazz Appreciation Month and some local not-for-profit presenters already have wound down their seasons, there's still some interesting jazz and creative music to be heard in St. Louis this week, including the long-awaited return of one of the top tenor saxophonists working today.

That would be Joe Lovano, who will be back in St. Louis for the first time since the year 2000 with his band Us Five for a four-night stand opening this evening at Jazz at the Bistro.

While Lovano may not have quite the level of name recognition accorded elder statesmen like Sonny Rollins and Wayne Shorter or heavily touted younger saxophonists like Ravi Coltrane, Branford Marsalis and Josh Redman, he's a powerful and inventive player on tenor and soprano saxophones and a resourceful composer and bandleader who definitely deserves to be considered part of the saxophone elite.

You can check out some examples of Lovano in action and see Us Five's distinctive two-drummer lineup in this video post from last week. Lovano also talked with the Post-Dispatch's Calvin Wilson for a preview story about this week's gigs, which you can read here.

On Friday, Lindy Hop St. Louis presents their monthly “West End Stomp" swing dance at the Mahler Ballroom with music from the Sidney Street Shakers, while Second Generation Swing will be laying it down for the dancers at Casa Loma Ballroom.

Elsewhere on Friday, Terry Thompson & Swing Alive will play a Kentucky Derby-themed show at Robbie's House of Jazz; saxophonist Kendrick Smith leads a trio at Cigar Inn; singer Wendy Gordon and pianist Arthur Toney return to DeLeo's Cafe & Deli; and Jazz St. Louis' Phil Dunlap will be at the piano, along with  trumpeter Danny Campbell, for the first of two nights at the Cheshire Inn's Fox and Hounds Tavern.

On Saturday, there are a couple more Derby-themed events with live jazz, as the Sidney Street Shakers will headline a three-band bill at The Royale, and Sarah Jane and the Blue Notes play at Thurman Grill.

Also on Saturday, the Coleman Hughes Project with singer Adrienne Felton will perform at Troy's Jazz Gallery; and pianist Curt Landes, multi-instrumentalist Alan Ox and guitarist Vince Martin will team up for a show at Robbie's House of Jazz.

On Sunday, the St. Louis Record Collector and CD Show will hold their second event of the year at the  American Czech Hall, 4690 Lansdowne at Kingshighway in south St. Louis; and guitarist Dave Black starts a weekly Sunday brunch gig at Corvid's Cafe, also on the south side.

Also on Sunday afternoon, the St. Louis Jazz Club will present the traditional jazz and swing of Cornet Chop Suey at Concord Farmers Club, and the Friends of Scott Joplin will hold their monthly “Ragtime Rendezvous" at the Scott Joplin House State Historic Site.

Looking beyond the weekend, on Monday guitarist Tom Byrne will play at BB's Jazz, Blues & Soups.

Then on Tuesday, singer Tony Viviano will be the featured entertainment at “Martinis with a P.A.L.L.," a fundraiser being put on by Professionals Against Leukemia & Lymphoma at Brio Tuscan Grille to benefit the Leukemia Lymphoma Society.

Also on Tuesday, Sarah Jane and the Blue Notes will endeavor to put the heat into “hot jazz" with a performance of their “Risque & Torch Song Revue" as part of the Notes from Home series at the Sheldon Concert Hall.