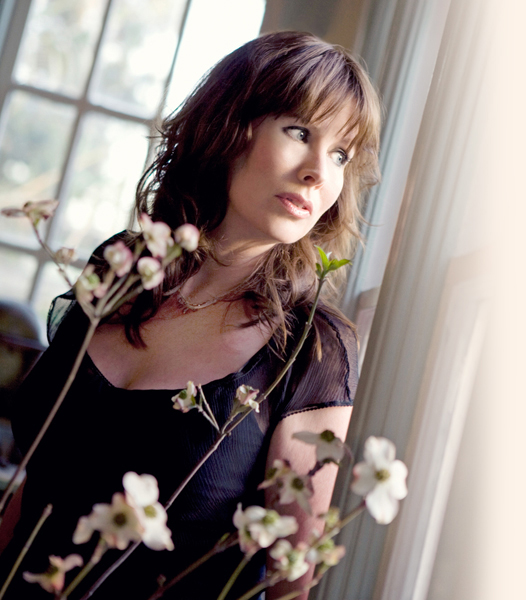 slideshow
After an acting and singing career that took her from Berkeley High to New York's Public Theater to San Francisco's ACT, Lissy Walker has returned to her hometown and to her musical roots. On Wednesday, March 10, she will celebrate the release of her sublime debut album Life Is Sweet with a performance at the new Freight & Salvage on Addison Street in the heart of Berkeley's downtown Arts and Cultural District.

The show will be a true homecoming for the singer as she takes the stage around the corner from her high school alma mater and across the street from the Jazzschool, both key centers of higher musical learning for Walker. “I am thrilled to be able to debut Life Is Sweet at the gorgeous new Freight & Salvage," says Walker. “The fact that this iconic folk venue has moved a stone's throw from the Jazzschool and Berkeley Rep mirrors my own musical journey, one that brings me to the crossroads of jazz, folk, and theater. That is what Life Is Sweet is all about--those connections."

Evans, Burr, Nygaard, Worman, and Ellis will be accompanying Walker at her Freight show, along with trumpeter Erik Jekabson and drummer Dave Rokeach.

The album's folk/jazz ethos can be traced to several tributaries: Walker's early classical and ragtime piano training, the Berkeley High Jazz program of the legendary Phil Hardymon (who set Walker up with her first jazz combo), vocal and acting training at UCLA and The Neighborhood Playhouse in New York City, and a love for the emotional immediacy of popular song.

After reengaging with jazz singing through the Jazzschool in Berkeley, Walker, with her husband Philip adding cello arrangements around her vocals, began to explore the more soulful, folky strains of the Great American Songbook, and in particular, the beautiful, melancholic melodies of Irving Berlin (three of whose songs--"How Deep Is the Ocean?," “What'll I Do?," and “Isn't This a Lovely Day?"--appear on the new CD).

Local singer/songwriter Alexis Harte, who will be opening for her at the Freight & Salvage show, encouraged Walker to record after seeing her perform, and suggested Jon Evans as producer. “I wanted both jazz and folk musicians for this album, to bring together all the things I love about popular music," Walker explains, “and Jon supported that concept wholeheartedly."

Walker kept working through her vocal ideas with pianist/arranger John R. Burr, and bluegrass guitarist (and Freight & Salvage regular) Scott Nygaard, as her vision expanded to include the jazz-inflected sounds of Nick Drake and Harry Nilsson, the pop balladeering of Ray Davies, and the honky-tonk of Randy Newman.

The result is a quiet classic, with the musicians placing their restrained virtuosity in the service of Walker's subtle, burnished vocals to deliver an album that keeps revealing its emotional and musical intensity with repeated listenings.