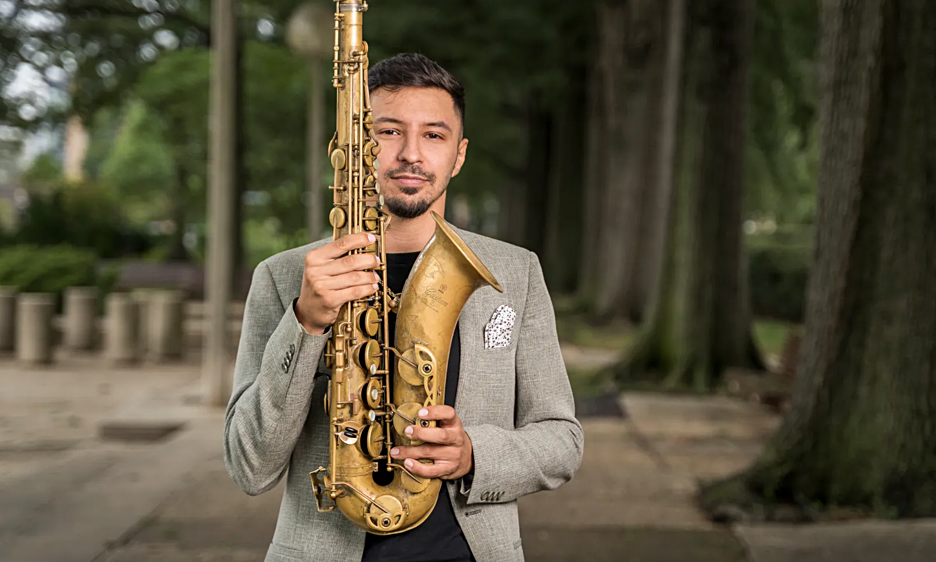 By
September 2, 2021
Sign in to view read count
Jazz Beyond Borders launches a new jazz festival on Sunday, September 19 from 1:00 p.m. until 5:00 p.m. Created as an annual event, the attraction features top shelf jazz groups, great food and fine art in the courtyard and interior of Cafe Mezzanotte at 760 Ritchie Highway (Route 2) in Severna Park, Maryland. The rain date is September 26. Parking is free and plentiful.

The courtyard and gardens will open to ticket holders at 1:00 p.m. giving attendees an opportunity to enjoy viewing and purchasing fine art and gift selections from Benfield Gallery, Gallery 564, McBride Gallery and Side Street Framers. Festival food and wine tasting stations will be available and the restaurant will offer its full Mediterranean menu.

Headliners, The JoGo Project, will deliver some of the most popular and innovative sounds to come out of the nation’s capital in decades. Led by international saxophonist and former Chuck Brown protégé Elijah Jamal Balbed, the band combines jazz and Go-Go music in one highly entertaining band consisting of vocalist Paul Spires, trumpeter Brad Clements, guitarist Zachary Cutler, bassist Delorean Fullington, drummer Willie Howell and percussionist Lewis Mike Burney. Set highlights include originals such as Balbed’s “One for Pops,” a composition dedicated to Chuck Brown, and jazz standards such as Nat Simon’s “Poinciana,” written in 1936.

Balbed is one of the District’s premiere jazz artists, having won the 2020 DC Jazz Prix Competition and earned the titles of Best Tenor Saxophonist and Best New Jazz Musician from the Washington City Paper. He has since been featured by Capital Bop, Smithsonian Magazine and The Washington Post. He has performed at The Kennedy Center, Strathmore, Bethesda Blues & Jazz and Bohemian Caverns. International tours have taken him to Japan, the U.K., Qatar and the Caribbean Islands. He has also toured Russia on behalf of the U.S. State Department and U.S. Consulate.

Balbed performed with Chuck Brown, the “Godfather of Go-Go,” from 2011 until Brown’s passing in 2012. Two years later, he founded his fusion band, The JoGo Project, preserving the legacy of D.C.’s unique art form. Before the afternoon’s festivities are over, Balbed will also appear in a soothing set of jazz and Brazilian music with the Balbed/Arnold/Berkowitz Trio. Joining him are two of the busiest musicians in the region: bassist Steve Arnold and drummer Julian Berkowitz.

Art in the Park grew out of the “Jazz at the Mezz” series begun nearly two years ago by Paulina Phillips and Theresa Sise of Jazz Beyond Borders at the same location. The organization brings international performing and recording artists to festivals, concert halls and classrooms in person and online, and helps launch album releases. Their diverse musical offerings have featured indigenous artists and others from the U.S. as well as performers from such countries as Spain, Canada, United Kingdom, Russia, Argentina, Cuba and Brazil.

The idea to create an annual community event arose as the desire for outside activities grew exponentially after 18 months of lockdown. To produce the new festival, they partnered with Severna Park Voice newspaper and Cafe Mezzanotte and assembled volunteers who share a history of successfully producing cultural festivals. A GoFund Me campaign is underway (Help Launch New Festival- Art in the Park!) to provide seed money for the event.

Tickets for Art in the Park are on sale now. Admission is $40. Purchase from Instant Seats.