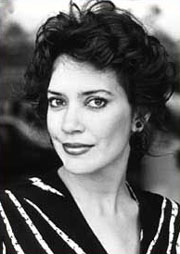 Jackie Ryan -- a note-perfect jazz singer with a naturally dramatic, beguiling and swinging sense of style and groove -- delivers a sweeping program of original vocalese, freshly interpreted familiar tunes, bittersweet Brazilian melodies and up-to-date blues in Doozy, her fourth album. With heartfelt collaboration from some of the most celebrated, urbane and soulful of current instrumental soloists and rhythm teams, the West Coast-based chanteuse with an international following captures the freedom, intimacy and excitement she generates in club and concert performances over the run of two cds in her generous Doozy package.

“The first gave us about 90 minutes of music, which could have been two cds right there," the singer says, “and the second was booked for a time when Cyrus was on the West Coast. We loved what we came up with, and thought, 'Why not put it out as a double album?' And the label felt, given the economy, people might appreciate getting two cds for the price of one. Also, this represents the variety of material I usually do in a performance of two shows in the course of a single night. I'm very much a live performer -- I love doing it, for fun, for meeting people. These are songs I have sung many times before on gigs and people have often asked me if they could get these songs on an album. So, we finally decided to record them!"

The breadth of material reflects Ryan's impressive span of taste and her unusual ability to express a rainbow of moods and nuances at a variety of tempos, with arrangements ranging from spare to lush. At the center of each of song is her voice, which album annotator Don Heckman writes has a “pliant capacity to move with deceptive ease across every manner of interval leap and elegant melisma . . . embracing whisper-in-your-ear warmth and . . . swing that sometimes surface(s) in the accent of a single note."

Ryan has honed her voice -- her instrument -- throughout an enviable career, which has included such formidable runs as eight years of annual two-week visits to Ronnie Scott's famed London club, tours of Japan with Chestnut, Bay Area concerts with vocalese master Jon Hendricks, gigs with Red Holloway (who she calls “the wild sax bluesman") and the Jeff Hamilton Trio. As such diversity suggests, she has flexibility and scope. It flows from her personal experience.

Jackie Ryan sang rhythm and blues when in her teens; earlier, she'd heard her mother, who was Mexican, sing operettas and folks songs in Spanish and her father, Irish and classically trained, perform pieces by Brahms, Shubert and Tchaikovsky. She says she has always been fervent about music, for example devoting three years to the study of Portuguese so as to be able to deliver bossa novas with authenticity.

Influential as such background has been, Ms. Ryan has come a long way from her roots as audiences at venues including Yoshi's in San Francisco, Christofori's in Amsterdam and Dizzy's Club Coca-Cola at Jazz at Lincoln Center in New York can attest. As a believer that “People need music. It's like food, providing special nourishment," Jackie Ryan strives for contact with her listeners, and succeeds on her recording, too.

“Jazz singers and musicians are ambassadors," she continues, “bringing people together through a real love connection. It's a great thing to do this kind of work in life, and I am grateful for the privilege." As for future projects, “I've got ideas for at least three upcoming cds, all very different. It's important to me that each new project is special and not just a repeat of what I've done before. I feel very fortunate to be able to do what I do."

Those who hear her are the fortunate ones. “Extravagantly gifted," one Down Beat critic calls her. “Deftly assured," enthuses Variety. “Superb! The bell-like resonance of her smokey voice coupled with her heartfelt emotion . . . puts Jackie at the top of her game," according to Latin Beat. Following up on her prior releases This Heart of Mine (with Toots Thielemans, Amina Figarova, and Jon Mayer, among others), For Heaven's Sake with pianist Mike Wofford's trio at a San Diego Club, and You and the Night and the Music, with saxophonist Holloway and Hamilton's band -- which took the #1 spot on JazzWeek's radio chart, spent eight and a half months on the chart, and earned four star reviews in both Down Beat and the AllMusicGuide -- Jackie Ryan seems poised on the brink of a breakthrough, ready for even wider listenership and farther-reaching appreciation. Wise bets are on her new release from OpenArt Productions, which truly is a Doozy.


“ONE OF THE OUTSTANDING JAZZ VOCALISTS OF HER GENERATION AND,
QUITE POSSIBLY, OF ALL TIME...rivaling the dexterous sass of Sarah Vaughan, the instinctive smarts of Carmen McRae and the scintillating verve of Diana Krall."
- Christopher Louden, JAZZ TIMES