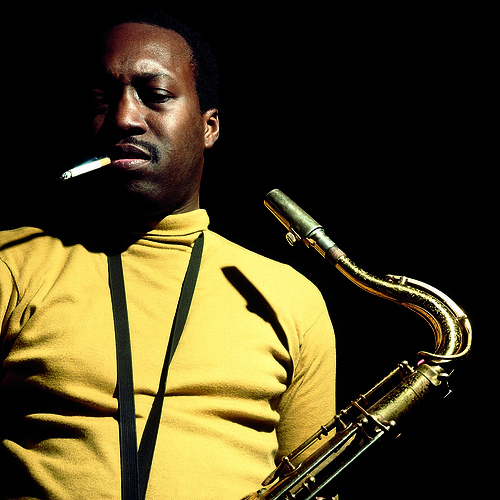 slideshow
Before the Wrecking Crew, Funk Brothers or any of the other session bands in the pop-rock and soul era, there was Blue Note. Back in the early 1950s, Alfred Lion came up with the concept of a steadily employed stable of musicians who would record in different configurations for his label. It was ingenious, really, and born out of necessity.

With the 12-inch LP in full swing by 1955, labels needed a ton of music to remain competitive. Each side required at least three long songs, and rising production quotas meant a steady line of LPs coming off the presses. Lion's thinking was why struggle looking for talent to record? Just keep the same 15 or 20 artists steadily employed and mix them up to keep things fresh, giving different artists leadership dates as an incentive.

Among those jazz musicians who recorded relentlessly for Blue Note in the 1950s and beyond was Hank Mobley, who was among the best of the modernist tenor saxophonists after Sonny Rollins and John Coltrane. Mobley had a big smokey sound and could dig in on ballads and let loose on hard bop burners. Best of all, he was tireless.

Mobley also was a gifted writer. One of my favorite Mobley compositions is Just Coolin'. It's on his first leadership album for Blue Note in 1955 called The Hank Mobley Quartet, with Horace Silver (p) Doug Watkins (b) and Art Blakey (d). It's a pretty, mid-tempo minor-key fox trot with a walking bass and a stop-time intro and outro. Mobley holds to the pace exept for a short double-time stretch.

It must have been relatively new at this '55 session, since Horace Silver sounds tentative while following Mobely on the intro and outro. The song is so pretty that it begs for a trumpet partner, which Mobely finds in Lee Morgan in April 1959, when he recorded Just Coolin' live with Art Blakey and the Jazz Messengers, captured on Blue Note's At The Jazz Corner Of The World : Art Blakey and the Jazz Messengers, with Bobby Timmons (p) Jymie Merritt (b) and Art Blakey (d). This one is taken a tad faster with additional unison lines between Mobley and Morgan.

Mobley never grew to become a dominant saxophonist. I'm not sure that this status was ever possible. For one, Mobley just wasn't that interesting in terms of his lines, holding the ear for only short periods. For another, while his tenor tone was beautiful and his agility superb, his originals weren't consistently engaging compared to Sonny and Coltrane or Silver. And the way Mobley peeled out on songs often caused his mouthpiece to squeak.

Yet Mobley was a gifted and swift workhorse best suited to cranking out Blue Note albums than breaking new ground, which came with much greater financial and emotional risk. Tenor saxophonists looking for a great song to record should give Just Coolin' a listen. Beats Blackbird, My Ship, I Fall in Love Too easily and the three dozen other tiresome songs that cross my desk each week and end up in my give-away bag.

JazzWax clip: Here's the Hank Mobley Quartet in 1955 playing Just Coolin' . Dig Silver's halting mirroring of Mobley's line at the start and finish, leading me to think that Mobely first introduced the group to the song at the session...