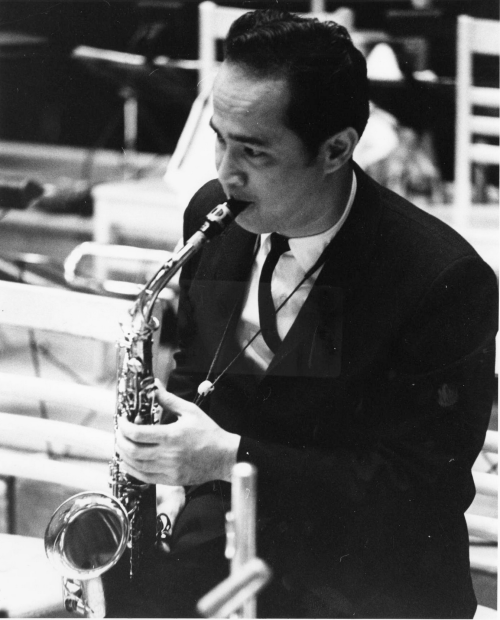 Gabe Baltazar, a Hawaiian-born Asian-American clarinetist, flutist and alto saxophonist with a Charlie Parker sound who was a member of the Stan Kenton Orchestra starting in 1960, died on June 12. He was 92.

A clarinetist as a child, Baltazar later switched to alto saxophone as his main instrument. During a visit to New York in 1948 while studying music in Baltimore, Baltazar met Charlie Parker during a break in sets at the Royal Roost. Their conversation and Parker's kindness motivated Baltazar to play like his hero—fast, fluid and bluesy.

Baltazar grew up in Honolulu and learned to swing and play jazz by listening to his father, who was a saxophonist in dance bands in Hawaii. After serving in the military from 1950 to 1954, Baltazar moved to the U.S. mainland in 1956 and played in Los Angeles with Japanese-American jazz drummer Paul Togawa.

Kenton heard Baltazar playing Stairway to the Stars in a college band on the G.I. Bill in 1960 and hired him immediately. After nine years touring and recording with Kenton, Baltazar returned to Hawaii in 1969. There, he played with the prestigious Royal Hawaiian Band, founded in 1836, and played jazz at night at the Cavalier in Honolulu. He also taught students.

In tribute to the late Gabe Baltazar, here are 10 clips:

Here a little bit about Baltazar...

Here's Baltazar soloing with Kenton on Bill Holman's arrangement of Stairway to the Stars, from the 1962 album Adventures in Jazz...

Here's Baltazar on flute in 1980 playing an original, Makaha Surf...

Here's Baltazar playing the Hank Levy arrangement of a Baltazar Named Gabe, from the Back to Balboa Vol. 2 album celebrating the 50th anniversary of the Stan Kenton Orchestra in 1991...

Here's Baltazar on clarinet playing Memories of You, from Birdology (1992)...

Here's Dancing in the Dark from the same album...

And here's Baltazar in the 1990s playing Just One of Those Things, with Betty Loo Taylor on piano...