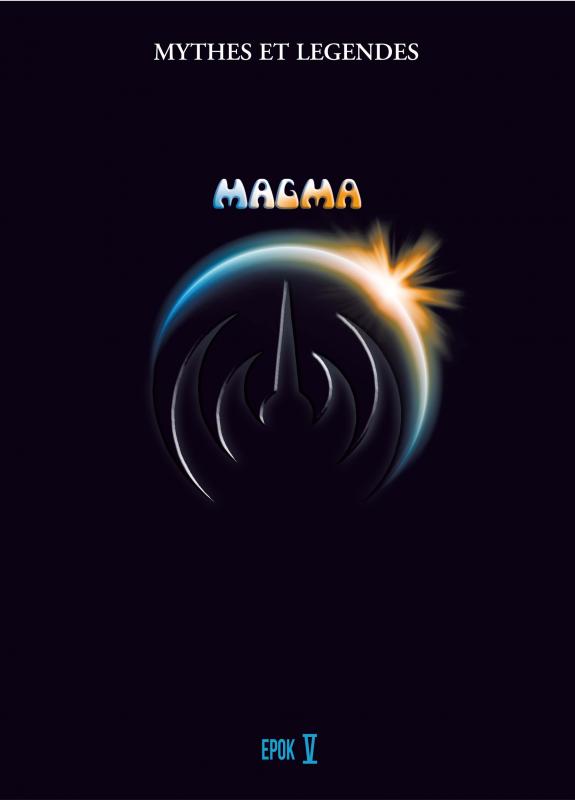 slideshow
Paris, France - After the success of the DVDs EPOK 1-2-3-4, published in 2006 and 2007, the jazz club Le Triton again welcomed Magma in June 2011. This was for a nine concerts cycle to complete the DVD series “Myths & Legends."

EPOK 5 not only includes pieces from 1971, 1977 and 1978 but also Félicité Thösz , the latest MAGMA release, heard here in a version prior to the recording of the album. There are, in addition, 20 minutes of unpublished music.  A dynamic and extremely musical edit enables the listener to enjoy the band at the height of its powers, showcasing the intensity of each composition and the technical prowess of the musicians. The exceptional sound quality was captured as usual by Francis Linon who knows, better than anyone, how to record the power and musicality of MAGMA.

Magma was founded in Paris in 1969 by drummer Christian Vander, who derived his inspiration from a “vision of humanity's spiritual and ecological future" that profoundly disturbed him. Vander was a self- taught musician, who received some tips from drum legend Elvin Jones. In the course of Magma's first album, the band tells the story of a group of people fleeing a doomed Earth to settle on the planet Kobaïa. Later, conflict arises when the Kobaïans, who are descendants of the original colonists, encounter other Earth refugees. A distinguished aspect of Magma's music is that Vander actually invented a constucted language, Kobaïan, in which most lyrics are sung. Later albums told different stories set in more ancient times; however the Kobaïan language remained an integral part of the music. Reportedly, Christian Vander is also highly influenced by the work of jazz legend John Coltrane. “For my work, it is still Coltrane who actually gives me the real material to work on, to be able to move on," says Vander.