Saxophonist Knoel Scott told me Sun Ra came into rehearsal and said, 'I just got a message from Saturn. We are not playing enough blues!' I thought about this for ten years, then joined up with Clifford Carlson to write this story. --Eli Yamin 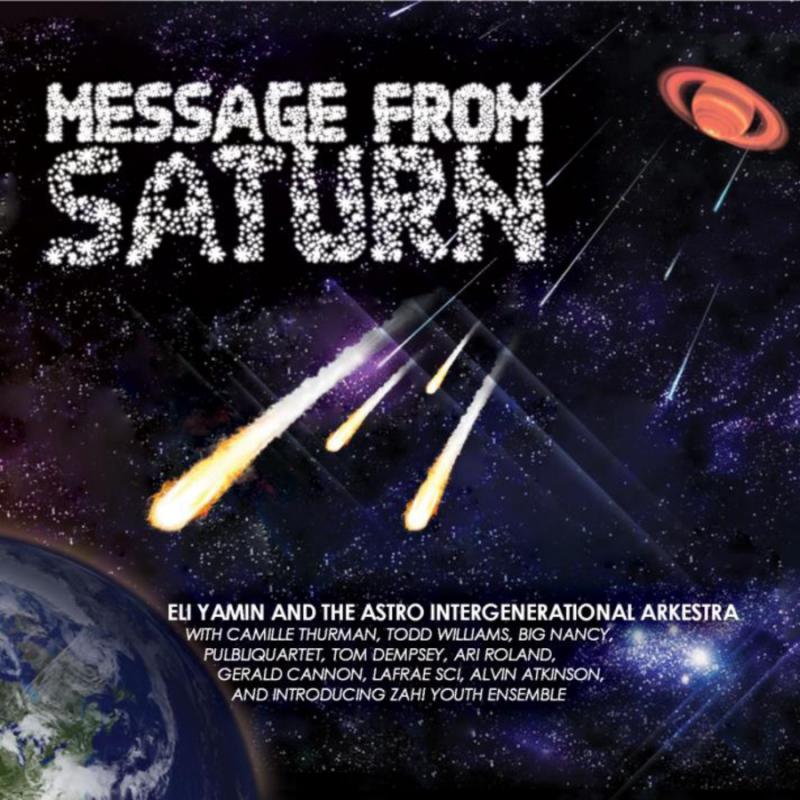 Eli Yamin and the Astro-Intergenerational Arkestra

“I just got a message from Saturn. We are not playing enough blues!"—Sun Ra

Eli Yamin and the Astro-Intergenerational Arkestra recently returned from their triumphant performances in Russia that amazed audiences with standing ovations, now brings his inspiring Sun Ra blues to Dizzy's Club Coca-Cola for one night only on Tuesday, January 17th! Be there—'cause “space is the place!"

Pianist, composer, and educator-extraordinaire Eli Yamin returns to Dizzy's Club Coca-Cola with his latest release, Message From Saturn. This devilishly fun new project is a space odyssey inspired by Sun Ra and Mary Lou Williams, and it explores the core components of the blues and its healing powers. Drawing inspiration from Mary Lou Williams' Zodiac Suite and a comment from Sun Ra- “I just got a message from Saturn. We're not playing enough blues"- “Message from Saturn" teaches audiences about the nature of the blues and jazz through clever analogies and a cosmological story. Though the epic story entertains throughout, it comes at no expense to the music itself, which unfolds as an unpredictable and enjoyable suite of swinging jazz and blues- much of which is purely instrumental-supplemented by grand overtures more often associated with musical theater. Yamin's band of hard-swinging jazz veterans brings out the ecstasy in the music, and it was clearly written with enthusiasm for listeners of all ages.

Message From Saturn is A Space Odyssey of three young people on a galactic adventure to learn the healing power of The Blues. The musical was created for mission of The Jazz Drama Program.