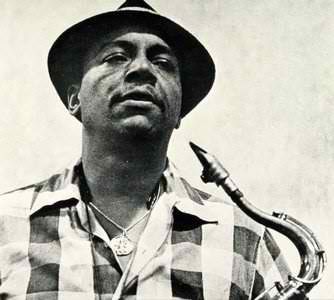 slideshow
Jimmy Forrest remains one of the most exquisite and assertive swing tenor saxophonists of the post-war years. His driving solos and sense of time were always fluid and seamless, and he had an extraordinary grasp of how to maximize the impact of a song, especially a blues. Born in 1920 (the same year as Charlie Parker), Forrest grew up in St. Louis, Mo., and began playing with Jay McShann and Andy Kirk before World War II. He spent the late 1940s in Duke Ellington's band before leaving to start a solo career.

In 1951, two of his credited compositions recorded on the flip sides of a United 78 became huge hits—Night Train and Bolo Blues. He played with many leading jazz artists throughout the 1950s and '60s, most notably Harry “Sweets" Edison and Count Basie. His command and hard-charging attack on the saxophone rivals Frank Wess, Frank Foster and Eddie “Lockjaw" Davis, and his sense of the blues came from his early years playing in jump blues bands.

Today, here are 10 of my favorite Jimmy Forrest tracks:

Here's Forrest with Miles Davis in 1952 on Tadd Dameron's Out Delight...

Here's Forrest playing By The River Saint Marie in 1961, with Joe Zawinul (p), Tommy Potter (b) and Clarence Johnston (d)...