Yves Marcotte started music at the age of nine, studying classical percussions. It was only after sound engineer studies that he started to learn the bass, first in Lille with Yves Torchinsky, then in Paris with Jean Bardy and Marc Buronfosse. He then went to Switzerland where he graduated in Jazz Composition at HEMu Lausanne, studying with Emil Spanyi (composition), Bänz Oester (Bass) and Malcolm Braff.

Self-defined more as a musician than a bass player or composer, he kept from his percussions’ study a multi-instrumentist’s mindset, trying to express himself using different instruments and writing approaches, depending on the musical context. His influences range from middle-jazz to contemporary music, including rock, reggae, improvised and traditional music.

“[Yves Marcotte] makes of this heritage an organic matter where the themes cast a light on each other evoking the kind of joy [Monk's] universe shares with Don Cherry's 'Complete Communion'.” (Franck Bergerot, Jazz Magazine) 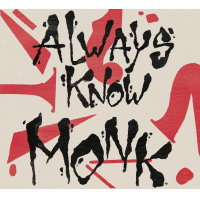 All About Jazz musician pages are maintained by musicians, publicists and trusted members like you. Interested? Tell us why you would like to improve the Yves Marcotte musician page.