Well, it’s 2016, and Vonda is back to writing again! Vonda and her band recently recorded the album, Rookie, for which they toured extensively in the U.K. and Germany, with some weekend dates in the States. Rookie is a title that bears no little irony, since this year marks 27 years since the release of her self- titled Warner Bros. debut. Thanks to the ongoing participation of producer/ maestro Mitchell Froom (of collaborative Elvis Costello, Crowded House, and Bonnie Raitt fame), Rookie is a thrilling, solid album, filled with both “Vintage Vonda” tracks, based in piano vocal ballads, as well as some über-funky grooves that Vonda felt a need to write, in order to really cut loose vocally. Froom has been behind the boards for all of her albums since By 7:30 in 1999. “There are a couple of really catchy pop songs on the album, and I’m excited about them; they’re going to be great to play live.” But the woman who wrote and sang “Baby, Don’t You Break My Heart Slow” is never about to leave every eye in the house dry. “I’ve heard that Paul Simon fills four legal pads with lyrics for one song alone,” she says. “I may not fill four, but when I’m writing an extremely honest, painful ballad, of which there are several on this album, I do fill up at least two.”

Vonda has sold over twelve million albums and has won two Golden Globes, two Emmy Awards and two Screen Actor’s Guild awards. She also holds the Billboard prize for selling the most T.V. soundtracks in history.

Vonda began playing piano at the age 6, took voice, dance and acting for many years and has been playing clubs since the age of 14. Born in New York City, as a child, her family moved to L.A., where Vonda spent most of her life growing up. At the age of 20, Vonda was invited to join Rickie Lee Jones’ band, as keyboard player, singer, dancer and “alter ego” of Rickie Lee. At the same time, she was in artist development with Warner Bros., and finally got signed to Reprise to release her major label debut in 1989, titled Vonda Shepard. Don’t Cry Ilene was a hit on V.H.1 and made it to top 11 in the A.C. charts. In 1986, Vonda also had a major pop hit with the duet Can’t We Try, with Dan Hill… this one made it to #6 on the pop charts. From 1986 – 1990, she also toured as keyboard player/back- up singer with Al Jarreau.

In 1991, Vonda released The Radical Light on Warner/Reprise, which had the original version of Searchin’ My Soul; the theme song for Ally McBeal. Indie life followed, with It’s Good, Eve… Vonda’s most critically acclaimed album, to date, about which Chris Willman from Entertainment Weekly said “the singer/songwriter genre doesn’t get any better than this.”

It’s Good, Eve led directly to Vonda’s friend, David E. Kelley, offering her the job of music producer, as well as chanteuse in the bar of his new show, Ally McBeal. The doors flung wide open, at long last. Vonda had written many of the songs on the show, and when musical guests would appear, she was the “behind the scenes” producer of the music, reading the scripts and interpreting David’s message, through the emotion of music. Four Ally McBeal albums accompanied the 5 year run, including a Christmas album. In 1999, Vonda recorded and released By 7:30, an album of all original material, right in the middle of the frenetic, yet thrilling schedule of Ally McBeal.

When the show ended, did Vonda take a hiatus?? NO!! “I suspected there would be a quagmire I might fall into, due to the sudden vacuum after having worked seven days a week on Ally, so toward the end of the last season, I began writing Chinatown. That album was the transition back to my life as a singer/songwriter/touring artist, and it really helped my re-entry.”

More indie years followed with From The Sun, Vonda Shepard, Live, A Retrospective (C.D. and D.V.D.), Solo, From The Sun, Live in San Javier, and finally Rookie.

On another note, Shepard had one of the most unexpected and exhilarating experiences of her career; her belated debut as a musical stage actress. Rock & Roll Hall of Fame legend Randy Newman hand-picked her to play the part of Martha in his version of Faust, which thrilled audiences at New York’s City Center. For her first stage acting role, Shepard earned grand reviews from New York’s tough theater critics; Said Playbill: “Indie-pop singer/songwriter Shepard was the find of the evening, at least for audiences unfamiliar with her five years of acting and singing on Ally McBeal.” The Theatermania.com critic called theNewman/Shepard duet of “Feels Like Home” “one of the year’s great stage moments to date.” New York Times theater critic Christopher Isherwood weighed in with a rave, too, calling her duet with Newman on “Feels Like Home” “the song that received the warmest reception” and adding: “Ms. Shepard’s soulful singing brought out the yearning quality in Mr. Newman’s own.”

Next up… October 2016, another U.K. tour, as well as many more countries to come, including dates in the U.S. And the next album… stay tuned! Show less

Vonda Shepard Plays Annapolis on May 18, Woodstock on May 19, New York... 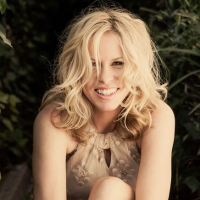 All About Jazz musician pages are maintained by musicians, publicists and trusted members like you. Interested? Tell us why you would like to improve the Vonda Shepard musician page.