Ute Lemper’s career is vast and varied. She has made her mark on the stage, in films, in concert and as a unique recording artist on more than 30 CDs over 40 years of career. She has been universally praised for her interpretations of Berlin Cabaret Songs, the works of Kurt Weill and Berthold Brecht and the Chansons of Marlene Dietrich, Edith Piaf, Jacques Brel, Léo Ferré, Jacques Prevert, Nino Rota, Astor Piazzolla many others and also her own compositions, as well as her portrayals in musicals and plays on Broadway, in Paris, Berlin and in London’s West End.

The year 2020 is mainly dedicated to Ute’s theatrical show Rendezvous with Marlene which is her homage to Marlene Dietrich and tells her true story in word and music. This show is hugely popular and performances are scheduled all over the world. Simultaneously her new album, also named Rendezvous with Marlene will be released, featuring 20 of the most beloved songs that Marlene sang, but reinvented by Ute, her musicians and the beautiful sounding Viennese Orchestra.

Rendezvous with Marlene is based on a 3-hour phone call and exchange between Marlene Dietrich and Ute Lemper in 1988 in Paris, more than 30 years ago. After receiving the French Molière Award for her performance in Cabaret in Paris, Ute had sent a postcard to Marlene, who had lived at 12 Avenue de Montaigne since 1979, essentially apologizing for all the media attention comparing her to Marlene Dietrich. Ute was just at the beginning of her career in theatre and music, whereas Marlene looked back on a long, fulfilled life of movies, music, incredible collaborations, love stories and stardom.

In addition 2020 is a big revival year for Ute’s favorite work written by Brecht and Weill The 7 Deadly Sins. After just finishing a tour with the Potsdamer Kammer Akademie Orchestra presenting this piece in the most beautiful concerts halls across Germany she will continue with a variety of other Orchestras across Europe and finally revisit the piece with the Dance Theater of Pina Bausch for multiple performances at the Chatelet in Paris and in Germany. Ute is especially excited about reuniting with Pina Bausch’s Dance Theater as she collaborated 25 years ago with them.

As this year presents us with the 75th Anniversary of the liberation of Auschwitz, Ute will be performing multiple concerts of her program Songs For Eternity that focuses uniquely on the songs written by Jewish prisoners during the Holocaust. Concerts with this repertoire are scheduled into 2021, including Carnegie Hall on April 7th 2021.

In 2015, Ute completed her compositions The 9 Secrets to the words of Paulo Coelho, based on his book Manuscript Found in Accra. This creation was released on CD in fall 2015 on the label EDEL in Germany, Switzerland and Austria, and on the STEINWAY Label internationally in February 2016. She recorded the song cycle, The 9 Secrets, in New York with some of the finest musicians from around the world. Instruments used during recording include exotic ancient Arabic guitars, shepherd flutes, rebec and percussions. The one and only Gil Goldstein played accordion and wrote masterful string arrangements. Ute is thrilled and honored about this collaboration with Paulo Coelho, who is one of the most important legendary authors of our time.

ARTE TV recorded the world premiere of The 9 Secrets LIVE in Germany at the Ruhr Festspiele and presented a one hour portrait on MAESTRO in October, and broadcast the complete LIVE Concert on ARTE Internet worldwide.

At the same time, as we count 70 years after the end of World War 2 and the liberation of the concentration camps, Ute conceived a concert as a commemoration of the Holocaust with Songs For Eternity, dedicated to the songs created in the ghettos and concentration camps between 1942 and 1944. Ute researched, together with Francesco Lotoro and Orly Beigel, an unbelievable collection of songs written in the darkest moments of imprisoned life, facing inhumane cruelties, torture and death.

Her previous creation Forever, an homage to the Chilean poet Pablo Neruda presents her self composed song cycle to his passionate Love Poems. This heartfelt musical masterpiece toured the world and sold many CDs worldwide.

In 2011 and 2012 Ute toured the world with Ultimo Tango, presenting a journey through the songs of Astor Piazzolla, the fabulous Argentinian composer of Tango Nuevo. Ute sings in the original Spanish, but also created adaptations of the songs in German, French and English. Stories of love, abandonment, decadence in Buenos Aires, Berlin, Paris and New York. The tour presented the original Astor Piazzolla Sextet from Buenos Aires.

In 2011, Ute also played to a packed house at the concert series with the Jazz at Lincoln Orchestra and Wynton Marsalis at Rose Hall in New York City, dedicated to the music of Kurt Weill.

She is also presenting, with Vince Mendoza as conductor and partly arranger, a new French Program called Paris Paris.

Very different is Ute’s other creation, The Bukowski Project, a rather avant-garde, adventurous collage in music and songs of the poetry of Charles Bukowski. This homage to the poet was invented and largely composed by Ute herself with a collaboration of her partner Todd Turkisher and her pianist Vana Gierig.

Ute was nominated for a GRAMMY for her CD Paris Days/Berlin Nights with the Vogler String Quartet and Stefan Malzew on Piano. It is a beautiful semi-classical recording, featuring songs between love and war composed by Hans Eisler, Kurt Weill, Jacques Brel, Edith Piaf and Astor Piazzolla, as well as Folksongs in Yiddish and in Russian. The group did an extensive North American Tour in March and April of 2012.

Ute was born in Munster, Germany and completed her studies at The Dance Academy in Cologne and the Max Reinhardt Seminary Drama School in Vienna.

While Ute has continued to perform and revive the works of Brecht and Weill, her professional theatre stage debut in a musical was in the original Vienna production of Cats in the roles of Grizabella and Bombalurina. She went on to play Peter Pan in Peter Pan (Berlin) and Sally Bowles in Jerome Savary’s Cabaret (Paris) for which she received the Moliere Award for Best Actress in a Musical. She played Lola in The Blue Angel (Berlin) under the direction of Peter Zadek and Maurice Bejart created a ballet for her, La Mort Subite (Paris). Ute also appeared in many Weill Revues with the Pina Bausch Tanztheater, and she created the part of Velma Kelly in London’s production of Chicago in the West End, for which she was honored with the Laurence Olivier Award, and moved to the Broadway production after one year to receive the American Theatre Award.

Ute Lemper’s solo concerts, which include Kurt Weill / Berthold Brecht Recitals, Dietrich and Piaf / Jacques Brel / Leo Ferre / Kosma / Prevert / Sondheim evenings, and Berlin Cabaret Evening have been produced in prestigious venues throughout the world. Her symphony concerts include The Seven Deadly Sins, Songs from Kurt Weill, Songbook (Michael Nyman) and Songs from Weill, Piaf and Dietrich with the symphony orchestras of London, Israel, Boston, Hollywood, San Francisco, Berlin, The Paris Radio Symphony Orchestra, The Illusions Orchestra (Bruno Fontaine) and the Michael Nyman Band (Michael Nyman). She also appeared in Folksongs with the Luciano Berio Orchestra (Luciano Berio) and with The Matrix Ensemble (Robert Ziegler) performing Berlin Cabaret Songs. She performed with the best symphony orchestras all over the world from Buenos Aires to Sydney.

Her celebrated recordings for DECCA include Ute Lemper Sings Kurt Weill (Vols. I and II), Three Penny Opera, The Seven Deadly Sins, Mahogonny Songspiel, Prospero’s Books (Michael Nyman), Songbook (Michael Nyman/Paul Celan), Illusions (Piaf/Dietrich), City of Strangers (Prever/Sondheim) and Berlin Cabaret Songs (German and English versions). She was named Billboard Magazine’s Crossover Artist of the Year for 1993-1994. In early 2000, Decca / Universal Music released Punishing Kiss, featuring new songs composed for her by Elvis Costello, Tom Waits, Philip Glass, and Nick Cave. Her following release on Decca But One Day, features new arrangements of Weill, Brel, Piazolla, Heymann and Eisler songs, as well as the first recordings of her own compositions, for which she wrote both lyrics and music. She also recorded Crimes of the Heart, Life is a Cabaret and Ute Lemper Live for CBS Records and for POLYDOR, Espace Indecent, Nuits Etranges and She Has a Heart.

She recorded a Live album and DVD, Blood and Feathers, at the Café Carlyle, one of New York’s hottest Cabaret stages. It was released worldwide on DRG/Koch Records and EDEL Records in Europe.

All That Jazz/The Best of Ute Lemper, which features highlights from her illustrious career to date was released in 1998. It accompanied her playing Velma Kelly in the London production of Kander and Ebb’s Chicago for which she received the 1998 Olivier Award for Best Actress in a Musical. After nine months in London’s West End Ms. Lemper made her Broadway debut in September 1998. A major highlight of her eight months American engagement in Chicago was starring with Chita Rivera in the Las Vegas premiere in March 1999.

Her album Between Yesterday and Tomorrow is entirely self penned music and lyrics and Ute enjoyed coproducing all of her songs together with her partner in life and work Todd Turkisher.

Ute Lemper Will Perform 'Rendezvous With Marlene' Virtually In Its...

Frank Scheck, New York Post, 2009: “There’s no sexier language lesson these days than the one given nightly at the Café Carlyle, where Ute Lemper sings in German, French, English and Yiddish and manages to sound provocative in each one.”

Stephen Holden, The New York Times 2005: “Her material is invested with a “ferocity that infuses the art (and artifice) of cabaret with a dramatic intensity.”

Frank Scheck, New York Post, 2009: “There’s no sexier language lesson these days than the one given nightly at the Café Carlyle, where Ute Lemper sings in German, French, English and Yiddish and manages to sound provocative in each one.”

Stephen Holden, The New York Times 2005: “Her material is invested with a “ferocity that infuses the art (and artifice) of cabaret with a dramatic intensity.”

Stephen Brookes, The Washington Post 2006: “Her voice is a wonder, one moment a husky growl, the next a lilting soprano, the nest a strangled cri de coeur-all while shifting effortlessly among French, English, and German. But the most striking thing about Lemper’s singing is its authenticity. 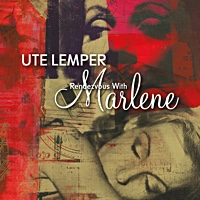 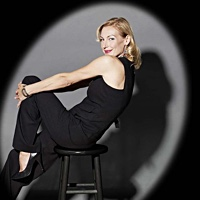 All About Jazz musician pages are maintained by musicians, publicists and trusted members like you. Interested? Tell us why you would like to improve the Ute Lemper musician page.