Since his first solo release in 1988, Tony Guerrero has established himself in a variety of areas. His work as a contemporary jazz flugelhornist, trumpeter, composer, and producer has garnered him both critical success and a worldwide audience. He has toured the United States and much of the world as a headliner in major jazz festivals, concert halls, and clubs and has enjoyed commercial radio success not only with his own releases but with music he's written for other artists. To date, he has released twelve solo CDs, some of which have charted on the Billboard Top 20, as well as a variety of special releases. He has appeared on around 200 albums as either producer, composer, arranger or as a musician performing on either trumpet, flugelhorn, piano, guitar and more. Guerrero’s work as a musician and composer can also be heard in movies and on television.

Guerrero began playing trumpet at Jefferson Elementary (Santa Ana, CA) at the age of nine. It was the inspiration of his McFadden Junior High (Santa Ana, CA) music teacher, Mark Takeuchi, that led him to fall in love with music and pursue it as a life-long passion. Guerrero began experimenting with learning other instruments with the encouragement of Takeuchi. In his eighth-grade year, Guerrero joined fellow students to form a rock trio called “Rad”. Guerrero played drums and the group performed at school dances performing rock classics by Led Zeppelin, KISS, Eric Clapton and more.

While attending Saddleback High School (Santa Ana, CA), Guerrero was encouraged by band director, Walter Houston, to compose and arrange music for the school band and orchestra. While still in high school, Guerrero had the opportunity to take over the school’s fledgling jazz band when its volunteer conductor moved away. His tenure was short-lived, but it gave him valuable experience in band leading. It was in this band, shortly before he took it over, that Guerrero was introduced to the music of Chuck Mangione, an artist that would eventually help define his own writing and playing style and to whom Guerrero would often be compared.

During these high school years Guerrero was also a member of the Los Angeles Junior Philharmonic Orchestra (Ernst Katz, conductor) and the Orange County Swingphonic Orchestra (Bob Morand, director) where he met several like-minded students and formed his first original jazz group, Quintology. Guerrero also began working small professional jobs in Orange County, including a weekly stint at a restaurant called Daniel’s where he played piano and had the opportunity to begin learning the Great American Songbook.

By the time Guerrero began college at California State University, Fullerton (Fullerton, CA), he was working several nights a week in local jazz clubs with much older and seasoned musicians who took him under their wings. Guerrero would soon become a regular on the Orange County jazz scene and enjoyed a long tenure as a weekly featured act at The Cafe Lido, at the time one of the scene’s leading venues. Guerrero also worked around town performing in dinner theaters and for corporate events. He also had the opportunity to start learning the recording process while doing recording sessions in local studios.

While in college Guerrero helped form the band Vision. The group gave Guerrero an outlet for his original music and would eventually work the local jazz scene up to six nights a week in venues such as The Cafe Lido, Magnolia’s Peach, AT Jazz, The Studio Cafe and more. It was this band that eventually caught the eye of a new original music label called White Light Productions and would lead to the signing of Guerrero’s first record deal as well as to a long-lasting relationship with manager Lucille Hunt. After signing Guerrero, Hunt left her job in computers to pursue music management full time, eventually managing noted artists Brian Bromberg, Max Bennett, and Rahsaan Patterson and becoming one of the most well-respected and trusted leaders in the burgeoning Contemporary/Smooth Jazz scene.

Guerrero's career as a solo recording artist began with the release of his first CD, "Tiara", in 1988. This debut project introduced the world to his identifiable flugelhorn sound and his writing. The disc featured the talents of special guests Grant Geissman, Phil Keaggy, Max Bennett, Merry Clayton, Denny Correll and more, and gained national airplay on the strength of the hit “L.A.'d" (composed by his Vision bandmate, Todd Cartmell). Guerrero also began his first forays into the touring world at this time playing to new audiences around the country.

In 1989, Guerrero released "Different Places", a popular radio favorite that featured the hit songs "Slam Shack", "Pancho", "Mangione" and more, as well as a veritable who's who of the new Smooth Jazz scene including Richard Smith, Norman Brown, Steve Reid, Brandon Fields, Brian Bromberg, Bill Cantos, Greg Vail and others. At this time, Guerrero was one of the only flugelhornists on the market as contemporary jazz radio leaders blatantly admitted they weren't featuring trumpet/flugelhorn players in favor of sax, piano, and guitar. Despite this, Guerrero’s release continued to receive substantial airplay.

In 1991, the release of his seminal album "Another Day, Another Dream" cemented his reputation as a leading and recognizable voice on his instrument. This disc featured the talents of Gerald Albright, Rob Mullins, Brian Bromberg, Bill Cantos and more and was hugely popular on radio and with fans. The songs "Amorado" and "Another Day, Another Dream" were also widely popular on jazz radio. The album also featured Guerrero's popular cover version of Quincy Jones' "The Secret Garden". The track was not only popular on contemporary jazz radio but also crossed over to Urban Radio market, being featured along side the music of artists like Janet Jackson and Luther Vandross. The song also received recognition from the Soul Train Music Awards.

Over the following years, Guerrero kept active in the studio as a guest on countless other artist's CDs and in concerts and club dates all over the world. He continued to release solo CDs, including “Now & Then” (1995), “Mysterie” (1996), “Ballads” (2001), “Smooth Jazz At Midnight” (2002), “Christmas Songs w/ Bill Cantos” (2003), and became established as a producer and composer in a variety of markets.

In 2014, Guerrero released "Reunion", a jazz duo CD with Dutch pianist, Frank Giebels, and 2016 saw the release of a brand new disc from The Tony Guerrero Quintet, "The Thing Is…”

During these years, Guerrero had the opportunity to tour the world as a featured artist. His touring schedule took him all over the United States and to Western Europe, Eastern Europe, the South Pacific, Japan, South America and Mexico where he shared a headlining bill at the Cancun International Jazz Festival with jazz legends such as Wynton Marsalis, Nancy Wilson, George Duke and more.

In 2010, Guerrero was asked to arrange two albums worth of big band songs for pianist/vocalist John Tesh. This would lead to several years of touring, first with Tesh as part of a scaled-down big band and later with a small horn section.

Beginning in the early 2000's, Tony began venturing away from the contemporary "Smooth Jazz" scene to pursue his love of classic American standards. Beginning with The Hi-Fi Quintet and later with The Tony Guerrero Quintet, Guerrero shifted his focus to a mid-century supper club and cocktail sound, rearranging the Great American Songbook and composing original music in that style. He also created West Coast Sound, a group based solely on the 1950's West Coast Jazz era that performs intermittently around Southern California. All three groups have released albums.

In 2017, Guerrero was the featured trumpeter on a solo album by Hollywood legend Dick Van Dyke. Guerrero was also invited to sing a duet with Van Dyke on the song “Rockin’ Chair”. This project led to Guerrero composing and producing the Christmas release, “We’re Going Caroling”, in which Van Dyke sings with Jane Lynch.

As a composer and musician Guerrero can be heard frequently on both movie and television soundtracks. He has written, performed and/or recorded music for 59th Annual Grammys, Thelma & Louise, PBS, The Today Show, 48 Hours, The Disney Channel, Full House, E! News, TBS, The Hallmark Channel and any more (complete list here).

Guerrero has been the producer on dozens of albums by other artists covering a wide variety of genres including jazz, pop, rock, worship, and country. He has also worked as an arranger in all of those genres, primarily in small group settings. In 2010 he began arranging for big band and has since worked on big band recordings for artists John Tesh, Jane Lynch, Dick Van Dyke, Charles Billingsley and Brynn Stanley.

Since 1988 Guerrero has hosted the KSBR Birthday Bash, a yearly concert event he helped start to support a local jazz radio station. The event grew from an audience of fifty to thousands and has attracted some of the world’s best known contemporary jazz artists including Joe Sample, Patti Austin, Dave Koz, Larry Carlton, Tom Scott and numerous others. Over the years, Guerrero has also been involved in the planning and organization of several music festivals and conferences around the country.

Some of Guerrero’s earliest work was in local dinner theaters where he developed a taste for theatrical shows. In 2005, Guerrero co-wrote (with Shawn King) the Christmas musical “The Journey”, which originally played to thousands and continues to be performed around the world. They would later collaborate on the stage play ”The Christmas Station”. Guerrero also wrote and composed a short musical presentation entitled “Golgotha” which was intended for the stage but is currently released as a video presentation. In 2017, a staged reading was presented in Indianapolis, IN, of “Light & Shadow”, a full-length period musical for which Guerrero and Erin Rettino co-composed the music.

In recent years Guerrero has begun working on short video production projects. “The Black & White Sessions”, which Guerrero co-produces with vocalist Keri Larson, is a popular web series that features A-List studio singers in a stripped down, raw solo setting. In “The Life Series”, a short bio-documentary he directs and edits, Guerrero hopes to help preserve the personal stories of the previous generation. His film on Count Basie trumpeter, the late Al Aarons, has been incorporated into the Musical Instrument Museum (Phoenix, AZ). Guerrero has also directed and edited music videos for Jane Lynch and Dick Van Dyke. 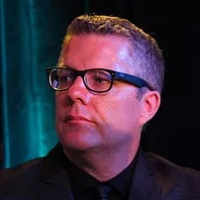 All About Jazz musician pages are maintained by musicians, publicists and trusted members like you. Interested? Tell us why you would like to improve the Tony Guerrero musician page.