The son and first child of internationally renowned trombonist, composer and educator Steve Davis and critically acclaimed pianist, composer and educator Mary DiPaola, Tony was presented with the recipe for artistic success from day one. A native of West Hartford, Connecticut, Tony played piano, several brass instruments and bass until the age of 14 when he first picked up the guitar. After coming upon the music of such iconic bluesmen as Robert Johnson, Muddy Waters, Buddy Guy and Jimi Hendrix, Davis knew he had officially begun the journey to finding his own musical identity.

Davis initially attended Roger Williams University with aspirations of pursuing a degree in psychology, but quickly realized that music was his calling. He then transferred to The Jackie McLean Institute of Jazz (Hartford, CT) where he had the opportunity to study with Nat Reeves, Eric McPherson, Abraham Burton, Rene McLean, Javon Jackson, his father and many other world-class musicians. He earned his Bachelor of Music in Jazz Studies (Summa Cum Laude) and then relocated to New York City, where he currently resides. Davis received a Master of Music Degree on scholarship at The City College of New York, where he studied with such contemporary masters as guitarists Peter Bernstein and Paul Bollenback, and saxophonist Steve Wilson. In addition to Bernstein & Bollenback, Tony has been mentored by a variety of prominent guitarists, including Russell Malone, Bobby Broom, Dave Stryker and Rich Goldstein.

As as an educator, Davis’ experience includes work at the Artist’s Collective (Hartford), private lessons and concerts/master classes with The Newport Jazz Assembly. His musical influences run the gamut of nearly every musical genre, as evidenced by his compositions, arrangements and unique playing style. 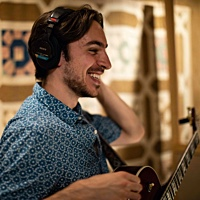 All About Jazz musician pages are maintained by musicians, publicists and trusted members like you. Interested? Tell us why you would like to improve the Tony Davis musician page.