Tobias Gebb is a producer, composer, arranger and freelance drummer living in New York City. As the owner of Yummyhouse Records, he has produced 4 full length recordings featuring his piano trio (Trio West) and larger group(Unit 7) that have garnered him an “Honorable Mention” by The Village Voice, features on Amazon.Com, national and international radio play on major jazz stations, voted “best of 2008” by the Jazz Journalists Association, and many great features and reviews in publications such as Jazz Improv, The Boston Globe, Primetime Magazine, The Village Voice, Hot House, and many more. His projects have been bolstered by the involvment of many top level players in the New York City jazz scene such as Ron Blake, Joel Frahm, Joe Magnarelli, Mark Gross, Ugonna Okegwo, Curtis Lundy, and Wayne Escoffery.

Tobias grew up on the upper west side of Manhattan. He started playing violin at the age of 6, switched to piano when he was 8, studied classical piano for 6 years and then finally landed behind the drum set at the age of 15. Growing up on the west side of Manhattan, his love of jazz music was influenced and solidified by frequenting old neighborhood jazz haunts such as Mikell's and Augie's(now Smoke) where he was able to hear great jazz musicians and develop his playing by sitting in. He received a Bachelors degree in composition from Berklee College of Music and played with fellow students such as Roy Hargrove and Antonio Hart. He received a Masters degree from Manhattan School of Music and in the process played with fellow alumni such as Stefon Harris, Ryan Kisor, Eric Lewis, Joel Frahm and others. During his college years he lived in the San Francisco Bay area for a short stint and played with the well known west coast pianist Smith Dobson. Back in Manhattan, while completing his masters degree in the early 90's, he formed the group UNIT 7 with fellow friend and composer Toby Wine and played infamous jazz clubs like Birdland. During this early period of freelancing in the city he was fortunate enough to appear on stage with Walter Booker, Ben Monder, Joe Martin, and Duane Burno.

Due to a painful hip injury in the mid 90's and the fact that playing jazz somehow exacerbated the pain, he took a break from the straight ahead scene and experimented in world music, R&B, rock, etc. He soon entered into a successful collaboration with noted Brazilian percussionist Mauro Refosco(David Byrne, Jon Lurie), Micheal Leonhart(trumpeter and arranger with Steely Dan) and Finnish bass player Marco Ahtisaari to form the band Skizm. The band went on to win the 1996 Grammy competition, played international festivals and performed a personal concert for the president of Finland. Tobias had the opportunity to appear on record with Donald Fegan(Steely Dan) while working with Michael Leonhart, recorded for Sony 550 with the group “Destroy All Monsters” and worked with local singer/songwriters such as Mike Errico(Verve), Methusela Jones, Coral(BMG), and Josh Dodus. Through work with these various groups he appeared on numerous television and radio shows including, CBS, NBC, ABC, Much Music, MTV Europe, Univision(41), and NPR's World Cafe with David Dye.

Upon solving his hip injury he continued his love and pursuit of jazz music and was fortunate to appear on stage with many jazz artists such as Bobby Watson, David Berkman, Art Baron, Peter Yellin, Dominick Farinacci, Ron Blake, Wayne Escoffery, Joel Frahm, Peter Burnstein, Mark Gross, Ugonna Okegwo and Eric Lawrence among others. As the music industry started to change due to the internet revolution he decided to form his own record company in 2006(Yummyhouse Records) and began producing his own recordings which has led to the success of both 'Trio West' and 'Unit 7' Show less 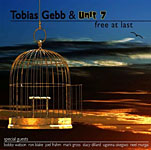 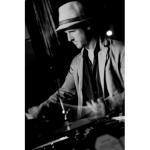 All About Jazz musician pages are maintained by musicians, publicists and trusted members like you. Interested? Tell us why you would like to improve the Tobias Gebb musician page.