Tim Peck is a noted composer and performer hailing from the Quiet Corner of Connecticut. Tim has composed over sixty original works, ranging from solo themes for improvisation to full ensemble scores. He has also created over 400 arrangements. His current project, Rivulets, contains ten new original jazz compositions performed by the Tim Peck Trio. This new album is in production and has an expected release in the fall of 2015. He released Ms. Matched, a collection of original music for jazz piano trio, in 2007. Tim has also been featured as a guest artist on numerous recordings, including Dave Maswick’s The News From Here in 2013, Joel Brown’s Places in 2011, and Planting Seeds with Maria Sangiolo in 2011.

Tim is an original founding member of several performance ensembles. The Tim Peck Trio is modeled on a traditional jazz piano trio. Incorporating acoustic and electronic instruments, the trio blends traditional and genre-blending song forms into engaging original and arranged pieces. By composing and arranging music specifically for this group, Tim showcases the band’s creativity, filtered through his compositional palette.

Tim’s other ensemble, Carte Noire, is a free music trio that explores the textural sonic possibilities and dynamic interplay of piano, flute, and guitar. Carte Noire performs widely throughout the Northeast. In addition to its active performance schedule, Carte Noire also presents concerts, discussions, and workshops in free music, active listening, and collaborative music-making in New England communities and schools.

Tim has performed with David Amram, Fernando Michelin, Mark Vinci, Charlie Kolhase, and Walter Cunningham Jr., among others. He has been featured at venues including Ryles, The Regatta Bar, The Lilypad, the Hopkins Center for the Arts, Helen Filene Ladd Concert Hall, and Pickman Hall. Tim has also toured in Cuba, Japan, Bolivia, South Africa, Ireland, and Italy.

Currently, Tim is Artist-in-Residence and Director of Contemporary Music at Pomfret School, a coeducation boarding and day school, where he guides students through a centuries-old musical conversation, teaching courses in Contemporary Music, musicianship, composition, and music production.

Tim received his Master of Music in Modern American Music from the Longy School of Music of Bard College in Cambridge, MA. While at Longy, Tim studied classical piano with Robbie Merfeld and free improvisation & jazz piano with Dave Bryant, George Russel’s Lydian Chromatic Concept of Tonal Organization with Ben Schwendener, and jazz composition and arranging with Greg Hopkins. Additionally, Tim has studied jazz piano and composition with Peter Cassino.

Tim received his Bachelor of Art in Music from Skidmore College in 2004, where he received the Periclean Award for his work composing music for an original nine-piece band. While at Skidmore Tim studied jazz piano with John Nazarenko, classical piano with Pola Baytelman, and jazz arranging with Mark Vinci. Show less 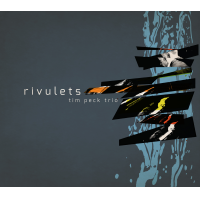 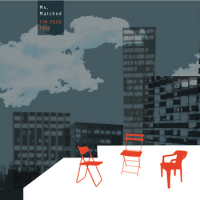 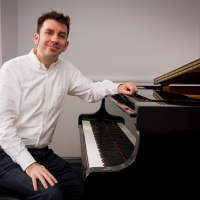 All About Jazz musician pages are maintained by musicians, publicists and trusted members like you. Interested? Tell us why you would like to improve the Tim Peck musician page.