Tia Brazda has established herself as a sparkling presence on the jazz scene at home and abroad. Having honed her cutting-edge sound in the clubs of Toronto, Tia’s sassy songs and pin-up girl style pay homage to the golden era while adding a modern twist - a mix of swing jazz, a bit of blues and a dash of rockabilly. Her first EP ‘Cabin Fever’ burst onto the scene in 2012, hitting #1 on the iTunes Canada Jazz Chart as well as receiving play on BBC and CBC Radio, Jazz FM 91.1 and college radio stations across Canada.

Her latest album ‘Bandshell’ debuted at #1 on the iTunes Jazz Chart and #3 on the Nielsen Soundscan Chart in Canada. It was also ranked #5 best Canadian jazz release of 2015 by Jazz FM 91 in Toronto. The album features some of Canada’s jazz greats, including Marc Rogers on bass, Chris Gale on saxophone, William Sperandei on trumpet, William Carn on trombone, Mark McLean on drums, as well as Miranda Mulholland (Great Lake Swimmers) on fiddle. The album demonstrates Tia’s growth as a performer and songwriter, showcasing a more sophisticated sound while still featuring the saucy dance numbers her fans have come to expect. After touring both Canada and the U.S. in support, the album hit #24 on the CMJ national radio chart in the U.S. after being added to over 35 stations nationwide.

. Tia’s holiday single “Christmas In Mexico” saw solid rotation on radio across Canada, and she was one of the featured performers at the CBC Radio 2014 Sounds of the Season special. In addition to tracks from her new album, her song ‘Cabin Fever’ continues to see consistent play on both CBC Radio 1 and Jazz FM 91.1.

“A Technicolor swing that's just the thing.” - Globe and Mail

“Her talent, style, and attitude are all befitting of stardom.” - Metro News

“One of my favourites we've had in 54 concerts.” - Old Town Hall Concert Series

“Shine is as good as it gets.” - Jeff Monk, Winnipeg Free Press 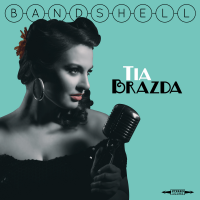 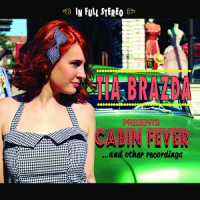 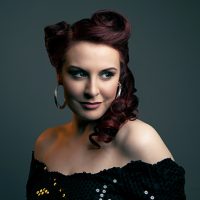 All About Jazz musician pages are maintained by musicians, publicists and trusted members like you. Interested? Tell us why you would like to improve the Tia Brazda musician page.