THE EBONY HILLBILLIES........Based in NYC, they are the toast of the north. They have performed extensively at esteemed venues, Carnegie Hall, Lincoln Center, on TV (BBC, Good Morning America, NBC, CBS, etc.), Int’l Music workshops and Festivals, visual artist [email protected] (i.e. The Whitney with phenom Kara Walker, Smithsonian, etc.), Guest School programs, foot-stomping and hand-clapping dances, etc...Inspiring such stars as the Carolina Chocolate Drops and appreciated by the likes of the legendary Pete Seeger family, the Ebony Hillbillies are reviving a lost artform and American legacy. Consisting of fiddle, banjo, washboard and bass fiddle, they have successfully created a following that has bridged a gap in audiences in Pop, Country, Bluegrass, Folk, Jazz and beyond while maintaing their grassroots credibility. Their 19th century string dance band sound was popular in the 1920's and 1930's; and was a key element in the genesis of jazz and virtually everything after (blues, bluegrass, rockabilly, rock & roll, etc...). This is a rare event!

Bringing a fresh urgency to the genre for a 21st Century world in need of some deep musical education, the ensemble led by Henrique Prince (fiddle, vocals) and Norris Bennett (banjo, mountain dulcimer, guitar, vocals)— featuring Gloria Thomas Gassaway on vocals and bones, William “Salty Bill” Salter on acoustic bass with A.R. and Newman Taylor Baker on washboard and percussion—creates an untamed and joyful vibe that echoes across the generations and transcends all racial and cultural boundaries

“What a wonderful connection to all our humanity!”

”…if you often take the shuttle from Central

Park, you’ve probably stopped to listen to an

“What a wonderful connection to all our humanity!”

”…if you often take the shuttle from Central

Park, you’ve probably stopped to listen to an

Ebony Hillbillies, and wished you didn’t have

“They get double takes, if not full pauses

“I wanted to join in but its hard to dance and

take notes at the same time!” 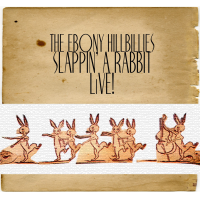 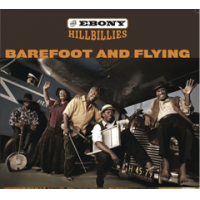 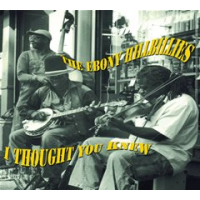 I THOUGHT YOU KNEW 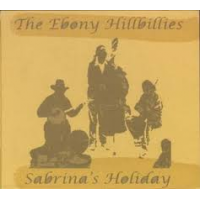 All About Jazz musician pages are maintained by musicians, publicists and trusted members like you. Interested? Tell us why you would like to improve the THE EBONY HILLBILLIES musician page.