Teun (April ’75) first picked up the drums by the age of eight. After two summer courses with drummer Dre Pallemaerts he went to the Conservatory of Brussels where he was taught by Hans Van Oosterhout. Since graduating from this school in 1999, he became one of the most in demand sideman in lots of different bands and musical styles in no time. His search for a personal touch and wanting to explore all possibilities of playing music and drums, his lack of boundaries and styles and trying to find fresh sounds and freedom in collective improvisation made him work (as sideman)with:

Teun was also invited by Jazz Middelheim to open their 25 Jubilee Festival with the program called “Around a Drummer” and he also got a “carte blanche” at the 2005 Time Festival, Ghent.

The Jazz Hoeilaart first Prize with Alexi Tuomarila (2000) Tremplin jazz 1st Prize with Alexi Tuomarila (2003) Nominated with the Harmen Fraanje Trio in Dutch Jazz competition. (2003) Tremplin jazz 1st Prize with Pascal Schumacher (2004) The Klara Muziekprijs with Jef Neve for their record” it’s gone” Teun was nominated in category best musician for the national Belgian “Zamu-awards” (2006) First Prize of the Granada Jazz competition with the Alexi Tuomarila 4tet (2006) Tremplin Jazz first Price with The Christian Mendoza Band (2010) The Jazzmozaïek Award 2013, given to musicians who get noticed for expansion, rejuvenation and renewal of jazz music 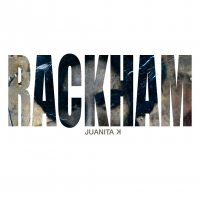 All About Jazz musician pages are maintained by musicians, publicists and trusted members like you. Interested? Tell us why you would like to improve the Teun Verbruggen musician page.