Challenge and change are the themes underlying the 40-plus-year career of the revered female African-American a cappella ensemble, SWEET HONEY IN THE ROCK. In the course of creating its adventurous and diverse mixture of blues, African, jazz, gospel and R&B music, with excursions into symphonic and dance theater, 23 vocalists have passed through the group, formed as a quartet in 1973 at a workshop at the D.C. Black Repertory Theater Company in Washington. Dr. Bernice Johnson Reagon, Carol Maillard, Louise Robinson, and Mie drew their name from the first song they learned, “Sweet Honey in the Rock,” based on a Biblical psalm. “Sweet Honey speaks of a land that is so rich when you break the rocks open, honey flows. And we thought it was something like us African-American women . . . strong like a rock, but inside [there’s] honey – sweet,” explains Robinson.

Since 1973, this remarkable all women, African- American group has been creating historical and stimulating topics expressed through song, dance and sign language. The ensemble has produced over 20 albums and has interchanged with many vocalists. However, embarking on a new chapter in their musical journey, Sweet Honey In The Rock now includes four core vocalists—Louise Robinson, Carol Maillard (both founding members) Nitanju Bolade Casel, and Aisha Kahlil—plus Shirley Childress (an American Sign Language Interpreter who has been performing live with the group since 1981). One of the early highlights of their 2016 performance season will be Sweet Honey in the Rock’s 34th appearance at Carnegie Hall which will include special guest appearances by highly-regarded violinist Regina Carter and trumpeter Terence Blanchard.

SWEET HONEY’s founder, Dr. Bernice Johnson Reagon (who retired from the group in 2004), first became aware of the political power – the “rock” – of song while in jail in 1961 for her participation in a civil rights march in her Albany, Georgia, hometown. After her release, she became a member of the original Student Non-violent Coordinating Committee Freedom Singers and a leader in the Sixties civil rights movement, traveling the country spreading its songs and message – “We Shall Not Be Moved.”

With political and social activism as much a cornerstone of its objective as vocally painting a multi-genre rainbow of music with an a cappella (aside from its members’ hand percussion) approach that is part of its African American legacy, SWEET HONEY began performing in 1974 and was soon performing various festivals in the US and Canada, including the Smithsonian Festival of American Folklife at the National Mall in Washington. After the 1976 release of its first album, eponymously titled, the group expanded its touring, which included appearances at the 1979 Musicians United for Safe Energy (MUSE) concerts in New York City that became the “No Nukes” concert film and album. In the summer of 2011, SWEET HONEY and other MUSE musicians (Bonnie Raitt, Crosby, Stills & Nash, et al) performed a benefit concert for disaster relief efforts in Japan.

The ever-growing list of SWEET HONEY IN THE ROCK’s musical and activist achievements since its creation is beyond stunning. The ladies have performed in Nairobi and Beijing at the U.N. World Conference on Women, toured the UK, Japan, Africa, Australia and various European locations, been the subject of two PBS documentaries “Gotta Make This Journey” and “SWEET HONEY IN THE ROCK: Raise Your Voice,” recorded film soundtracks, received Grammy nominations for several of their albums for children, and shared a Grammy Award for their participation in the multi-artist record “Folkways: A Vision Shared – A Tribute to Woody Guthrie and Leadbelly.” They again honored Guthrie in a Centennial Celebration of his birthday presented at the Kennedy Center in Washington in November 2012. The group appeared in a 1986 PBS special, “The Dream and the Drum,” on the first national observance of Martin Luther King Day and in early 2012 performed at the unveiling ceremonies for the monument for Dr. King on the National Mall. The same year, SWEET HONEY also debuted their first ever orchestral collaboration, providing the lyrics for composer William Banfield’s “Symphony 10: Affirmations for a New World,” co-commissioned by the National Symphony Orchestra and the Kennedy Center for the Performing Arts.

The vocalists have always walked their talk, appearing at numerous political rallies (Reagon and Barnwell were arrested at the Free Africa Movement anti- apartheid demonstrations in front of the South African embassy in Washington), presenting women’s awareness workshops, performing as part of the Nelson and Winnie Mandela celebration tour in 1990 after Mr. Mandela’s release from prison, and holding benefit concerts for the deaf. (For decades, SWEET HONEY’s on-stage line-up has included an American sign language interpreter, a position held by Shirley Childress since 1981). In June 2012, SWEET HONEY co- wrote (with Grammy-winning songwriter Barry Eastman, recorded (with hip-hop artist Yonas) and released – on their own SHE ROCKS-5 label – a thought- provoking single and video, “Are We a Nation,” inspired by the controversial immigration law enacted in Arizona in 2010. The song captured a Gold Songwriter Award from the 27th Mid-Atlantic Song Contest last year and was featured on an all-star compilation, “Bordersongs,” that raised money for the No More Deaths organization, which provides water and humanitarian aid along the Arizona/Mexico border.

The backgrounds of the current members of SWEET HONEY are as varied as one would expect. Founder member Carol Maillard, who took a sabbatical from the group between 1976 and 1992, is an accomplished actress and has performed on stage, film, and television. The other founding member, Louise Robinson, returned to the group in 2004 after a 27-year hiatus during which she formed and toured with Bay Area a cappella quintet Street Sounds for 14 years. Aisha Kahlil (the most tenured member of the group at 32 years, joining in 1981) is a master teacher in voice and dance who studied extensively at the Alvin Ailey School; in 2010 SWEET HONEY finished a 20-city national tour as part of the Alvin Ailey American Dance Theater’s 50th anniversary celebration, performing original music for a choreographed piece called “Go in Grace,” which became their most recent CD (on SHE ROCKS 5) prior to “A Tribute – Live!” Dr. Ysaye Barnwell, who will depart SWEET HONEY in May 2013 after 34 years, is a composer, arranger, author, and master teacher and choral clinician in African American cultural performance. A group member since 1985, Nitanju Bolade Casel was previously active in studying, performing and organizing in Dakar, Senegal. Her compositions earned her finalist status in the 2006 and 2007 International Songwriter’s Competition. Her experience producing the Grammy- nominated “Experience . . . 101” was good training for her role as producer of “A Tribute – Live!” On-stage sign language interpreter Shirley Childress, who learned sign language from her deaf parents, is a founding member of the Black Deaf Advocates organization. She has interpreted for SWEET HONEY since 1981and for such stellar authors as Maya Angelou, Alice Walker, and Audrey Lorde. Show less

Grammy Award-Winning a Cappella Ensemble Sweet Honey in the Rock ... 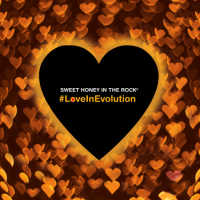 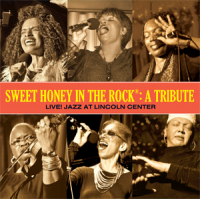 Sweet Honey in the...

All About Jazz musician pages are maintained by musicians, publicists and trusted members like you. Interested? Tell us why you would like to improve the Mickey Hart musician page.