In July 2011, she was named Peru's Minister of Culture in the Ollanta Humala government. becoming the second Afro-Peruvian cabinet minister in the history of independent Peru.

In November 2011 she was elected for the OAS (Organization of American States) to be the President of the Commission of Culture for the period 2011 - 2013.

Baca grew up in a coastal fishing village Chorrillos, a district of the Lima Province of Peru, and part of greater Lima. Her music is a mixture of traditional and contemporary. Her backing band features indigenous Peruvian instruments such as the cajón ("wooden box", whose origins lie in an upturned fruit crate), udu (clay pot), and quijada (jawbone of a burro) "cheko" a dried gourd, as well as acoustic guitar and electric upright baby bass. Although many of her songs are based on traditional forms such as the landó or vals, she also incorporates elements of Cuban and Brazilian music. Her debut CD for Luaka Bop, produced by Greg Landau, brought her to the attention of World Music audiences worldwide.

Her songs are poetic (with lyrics composed by some of Latin America's premier poets, with whom she collaborates), rich with evocative imagery, and her voice is delicate yet soulful. She has an elegant and engaging stage presence, gliding gracefully about the stage while singing. Her delivery is so deeply felt and emotion-filled as to project a spiritual character, even in songs that are not expressly religious in subject matter.

Baca is an important figure in the revival of Afro-Peruvian music within Peru (see, for example, dancers from the Perú Negro troupe, as well as "Festejo" music), which, like the culture that produced it, had previously been little recognized, but which is now regarded as an important part of Peruvian culture. Baca has contributed much to its international popularity, which began in 1995 with the release of the compilation CD The Soul of Black Peru. The album, which features the Baca song "Maria Lando", was released by the Luaka Bop record label, which belongs to ex-Talking Heads frontman David Byrne.

According to several important critics Baca is more than just an Afro-Peruvian diva. Michael Heumann from Stylus Magazine"says: "Maria Lando put Susana Baca on the world music map. Since then, she has released a number of very popular albums, most on Luaka Bop, and all of incredibly high quality."

Timothy G. Merello from "PopMatters" says - about her performance in Old Town School of Folk Music — Chicago: "Susana Baca, more than just a singer, is a poet, a historian, a spelunker and explorer of Afro-Peruvian folklore and music [...] she and her band entertain, educate and entrance a sold out crowd with a musical melange of rhythms, melodies, beats, and dance."

While Deanne Sole, also from "PopMatters", says - about Baca's 2009 album Seis Poemas (Six Poems): "After watching Peruvian singer Susana Baca perform on an open stage in burning heat with malfunctioning equipment, one can’t help but respect Baca not only as a voice but as a performer, as a person [...] Seis Poemas, a small album but a charming one."

With her husband, Bolivian Ricardo Pereyra, Baca founded the Instituto Negrocontinuo (Black Continuum Institute) in her seafront home in Chorrillos. It fosters the collection, preservation, and creation of Afro-Peruvian culture, music, and dance.

n 2002, Susana Baca won the Latin Grammy Award for Best Folk Album, for her Lamento Negro CD besides a nomination for the Grammy as "Best World Music Album".

In November 2011 she won the second Latin Grammy of her career for the collaboration she made with the Urban Group "Calle 13" in the song "Latinoamerica" (Latin America) that was recording in Peru also with the vocal collaborations of Brazilian singer-songwriter "Maria Rita" and Colombian recording artist "Toto" La Momposina.

In July 2011 the elected new Presidente of Peru, Ollanta Humala, announced that Baca would become his Minister of Culture. On 28 July she was sworn in, becoming the second Afro-Peruvian cabinet minister in the history of independent Peru. She resigned due to a cabinet reshuffle on 11 December 2011.

In November 2011 she was elected for the OAS (Organization of American States) as President of the Commission of Culture for the period 2011-2013. Show less 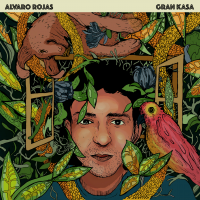 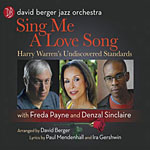 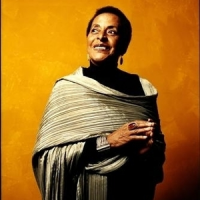 All About Jazz musician pages are maintained by musicians, publicists and trusted members like you. Interested? Tell us why you would like to improve the Susana Baca musician page.