Steve Varner was born and raised in Tennessee, where he entered the world of music playing electric bass. The musical ability of this primarily self taught musician soon gained the attention of touring musicians, who took Steve out on the road during the years when most young musical hopefuls were studying in college.

In 1980, Steve moved to the Harrisburg, PA area, where he soon became a local favorite. In addition to his extensive sideman duties as a bassist, Steve also led his own electric quartet, Modern Traffic, taking the role of “guitarist” in the band by playing the piccolo bass. The band recorded an album in 1990 of all Varner originals. 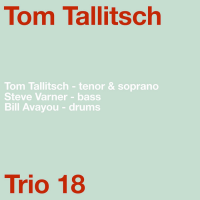 All About Jazz musician pages are maintained by musicians, publicists and trusted members like you. Interested? Tell us why you would like to improve the Steve Varner musician page.