Even if you’re not familiar with the name Steve Patrick, you’ve definitely heard his work. You’re familiar with his sounds if you’ve grooved to the country of Carrie Underwood, the soul of Aaron Neville, the ballads of Celine Dion or rocked along with Matchbox Twenty, Elton John, or Lynyrd Skynyrd. You’ve experienced his work if you’ve ever picked up a video game controller and moved through the worlds of Minecraft, Fortnight, Halo, and a slew of Call of Duty, Star Wars, and Madden NFL titles, among many others.

One of the most prominent and recorded trumpet players in the world, Steve has played on countless film scores including for Pixar’s Toy Story 4, Jersey Boys, and Home Again, television shows such as Netflix’s Lost in Space, the CW’s Batwoman, and Outlander. He has recorded music that plays throughout theme parks around the world, from Disney and Universal Studios to SeaWorld and beyond.

After more than three decades of work across all genres, Steve has finally stepped into the solo spotlight with Reflections, a collection of big-band classics and enduring favorites. It’s an album designed to tug nostalgic heartstrings in listeners who fondly remember listening to their favorite tunes on the radio. Reflections doesn’t just look back, however: it’s also bringing this timeless genre to a generation who discovers the latest music via streaming and TikTok.

It’s a project that brings Steve’s life and musical career full-circle. When he was growing up, music was always playing in the Patrick house. Everyone in his family dabbled in music one way or another. Steve was drawn to the musical acrobatics and cool charisma of trumpet players. His older brother played the instrument, and trumpet music was heavily featured everywhere, making television chase scenes more dramatic and cartoons even funnier. Trumpet music was also front and center on popular late night TV. Steve was a huge fan of Doc Severinsen, the trumpet player and leader of the band on The Tonight Show Starring Johnny Carson.

Inspired, he set off on his own musical career, becoming one of the most sought-after trumpet players in the industry. In addition to over 6,000 recording sessions, Steve has performed and played live with artists such as Aretha Franklin, Paul Simon, Ben Folds, Maynard Ferguson, Doc Severinsen, The Chicks (formerly The Dixie Chicks), The Temptations, Kenny Loggins, and many more.

His work can be heard on publishing media including Arrangers Publishing, Music Theater International, Disney Theatrical, Row-Loff Productions, Music Minus One, and Hal Leonard. In March of 2022, Steve was announced as a new Bach artist by brass instrument maker Bach.

Steve has also shared his musical gift through teaching trumpet at Belmont University, Trevecca Nazarene University and Cumberland University. In addition, he teaches master classes and clinics throughout the United States.

After years of focusing on high-profile projects, he joined forces with the Music City Orchestra and got to work on his first solo album — one that would honor Doc Severinsen, Maynard Ferguson, and all the icons who inspired him before he was even old enough to hold a trumpet.

Reflections pays homage to Steve’s heroes and presents an entire era of big-band music in a time capsule that will transport some listeners back and serve as a magical exploration of 60s big-band music to those too young to have experienced it the first time around. The sound is authentic and honest, recalling a time when recordings came alive with the warmth and humanity of the artists that laid them down.

Recording Reflections brought back fond memories for Steve, and his hope is that it will do that for some of his listeners…while building a foundation of musical memories for others. Show less 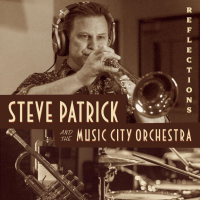 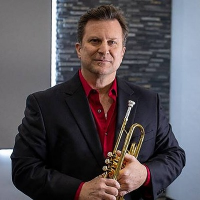 All About Jazz musician pages are maintained by musicians, publicists and trusted members like you. Interested? Tell us why you would like to improve the Steve Patrick musician page.