Master guitarist Stephen Blum’s career has taken him around the world with some of the biggest names in jazz and popular music. He has appeared at many top music venues and festivals such as The Montreal Jazz Festival, Maine Festival of the Arts, The Great American Music Hall, Yoshi’s Jazz Club (SF), Cape Cod Jazz Festival, The French Quarter Festival (New Orleans),Smalls Jazz Club (NYC), Wall Street Jazz Festival, SESC Concerts Sao Paulo, Brazil, Snug Harbor, New Orleans and the Portland Performing Arts Center, Portland, Maine. Stephen Blum was also honored by the San Francisco Bay Jazz Society by a unanimous vote to perform with his own group at the Milestones Jazz Club, one of the city’s top performance venues.

Steve was born in New York City and began playing professionally at age fifteen. Less than a year later, he received a letter signed by Dizzy Gillespie that stated Steve had received a full scholarship for the “The N.Y. School of Jazz”. The ground breaking school for talented high school age musicians was funded by the great Duke Ellington and the New York Arts Society. It was here that Steve started taking guitar lessons from the great Lawrence (Larry) Lucie. Lucie, a remarkable New York jazz and rhythm guitarist played and recorded with Jelly Roll Morton, Fletcher Henderson, Louis Armstrong and Benny Carter, to name a few. While attending the University of Miami, Steve went out on the road to perform and record with singer Peggy Lee, during her late 1960s-early 1970s Capitol Records sojourn. While with Peggy, he played such important venues as Central Park’s Main Stage and Madison Square Garden. Also while with Peggy Lee, Steve played behind her on her NBC Television special as well as the well known WNEW Radio Broadcasts hosted by William B Williams. He has also performed with music legends Louis Bellson, Toots Thielemans, Joe Williams. During the 1970’s Steve served as musical director for Morgana King performing at such legendary venues as The Troubadour in Los Angeles. Stephen Blum was active as a recording guitarist – doing session work at top notch recording studios such Criteria in Miami and Atlantic Studios in New York City.

In 2011, Stephen released his debut album as leader, entitled “Gottschalks’ Last Dance” The album is the result of Blum’s extensive “hands on” explorations of the music of the Americas, and features jazz and blues from the United States, a reggae- style tune based upon a theme by American composer Louis Moreau Gottschalk, and a classic Haitian song in which Steve plays the cuatro, a native Puerto Rican stringed instrument. The CD also contains compositions by the great Brazilian composers Toninho Horta, Antonio Carlos Jobim and Hermeto Pascoal, as well as his own composition, “The Stream”, a New York style jazz and Latin hybrid. Blum says “the recording “attempts to weave all these styles mentioned into a musical quilt.” His idea was to connect the musical streams that flow between the Americas – through cities like Rio de Janeiro, Kingston, New Orleans and New York. Stephen Blum resides in the New York City Metro area, where he teaches and freelances. His latest project, The Code 111 Band, is a remarkable fusion of Latin, blues and jazz styles. Show less

Performing on acoustic and electric guitars, as well as the Puerto Rican cuatro, he can coax many sounds from his instruments. “The Stream,” for example, has a very fluid and dreamy quality. A Thelonious Monk bebop composition, “Bright Mississippi,” is presented with plenty of twang of the slide guitar… Like Monk, the rendition displays a copious amount of personality and technique … Throughout this CD, he is right on, emphasizing his astute understanding of the evolution of jazz music and his own personal vision…Stephen Blum is a remarkable musician." —Joe Ross, Roots Music Report, CDInsight

Performing on acoustic and electric guitars, as well as the Puerto Rican cuatro, he can coax many sounds from his instruments. “The Stream,” for example, has a very fluid and dreamy quality. A Thelonious Monk bebop composition, “Bright Mississippi,” is presented with plenty of twang of the slide guitar… Like Monk, the rendition displays a copious amount of personality and technique … Throughout this CD, he is right on, emphasizing his astute understanding of the evolution of jazz music and his own personal vision…Stephen Blum is a remarkable musician." —Joe Ross, Roots Music Report, CDInsight

His taste and chops are impeccable... Blum has explored rather vast reaches of the world’s musical landscape completely on his own terms.” —Clifford Allen, The Austinist

The CD is Great, The music is Magic.” —Jassvan De Lima, host and producer of Som do Brasil, one of the leading Brazilian music shows in New York City on WKCR 89.9 FM 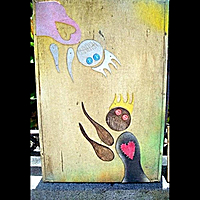 All About Jazz musician pages are maintained by musicians, publicists and trusted members like you. Interested? Tell us why you would like to improve the Steve Blum musician page.