Vagabond marks Spencer Day’s first release on Concord Jazz and cements his reputation as a balladeer for the new century. The 14-track album will be available in stores & online September 8th. “I wanted to create a musical hybrid,” says Day. “I’ve drawn from the Great American Songbook quite a bit in the past, but I really wanted to infuse this album with a more contemporary aesthetic, and also draw on some influences from the early ‘60s, like Burt Bacharach, Roy Orbison and Dusty Springfield. I wanted to create a sound that could stand alone and not be easily put into one category, but at the same time appeal to a broad range of listeners.”

Spencer Day has enjoyed a musical career remarkable even for someone twice his age. He has appeared on national television four times and performed at some of the finest venues in the United States. His velvet baritone and original compositions have earned him acclaim from coast to coast. His voice inspires comparisons to Harry Connick Jr., and his compositions to those of Cole Porter, Paul Simon and Rufus Wainwright. Critics call Spencer Day “the male counterpart to Norah Jones”; yet, Spencer’s musical style is all his own, fusing jazz, contemporary, and folk/country genres.

Largely self-taught, Day’s work reveals the influences of composers from Gershwin to Lennon and McCartney. In his music, one can hear the vulnerability of Chet Baker or Jeff Buckley and the phrasing and swing of Ella Fitzgerald. “I want to create a passionate fusion of all the musical styles that have inspired me,” Day says. “As I grow as an artist, I hope to continue paying homage to the great artists who have shaped my style and sensibilities. I want to create music that is smooth and sophisticated, but teeming with raw emotion and fire under the surface. It is in life's contradictions where the most beautiful things are created.”

A self-proclaimed perfectionist and workaholic, Day has been devoting himself to his career, and his hard work is paying off. In 2008, he will be a featured performer at the Tanglewood Jazz Festival and the Singapore Sun Festival. He is a perennial favorite in the Bay Area, headlining at Yoshi's, the Rrazz Room, the Great American Music Hall, and the Herbst Theatre.

In New York City, Spencer received rave reviews in Time Out and Backstage magazines and performed to wildly enthusiastic audiences at the Town Hall, Joe’s Pub, the Jazz Standard, and the Canal Room. He has headlined at the Kennedy Center in Washington, D.C., The Sheldon Concert Hall in St Louis, and the Dakota in Minneapolis.

Day’s creativity also includes musical theater. In 2005, he collaborated with Rafe Chase on a full-length musical (Someday, Love) that was performed at San Francisco’s New Conservatory Theater. Spencer not only starred in the show, he also wrote the score.

When he isn’t performing, he is composing. A prolific and insightful songwriter, Spencer has produced more than 50 tunes and recorded two well-received albums, Introducing Spencer Day (2004) and Movie of Your Life (2005). The song, “Movie of Your Life”, won San Francisco Academy of Art University’s 2005 competition for best original song. The resulting music video, produced by the school’s faculty and students, was selected by Dolby Laboratories as a demonstration video for the global launch of the Dolby 7.1 system and licensed to Buick for showcasing surround sound systems in its cars.

These days, Spencer is finishing up the tracks of his newest album “Vagabond,” which will be released in the spring of 2009. Spencer has been working with his longtime guitarist/cellist Yair Evnine, Grammy-nominated master drummer Scott Amendola (Charlie Hunter), and renowned bassist Jon Evans (Tori Amos). “Vagabond” will again spotlight Day’s unique style of American contemporary music, a blend of jazz, blues, soul and folk with a touch of humor and pathos. His music expressed through his rich baritone voice is setting the tone for a new American Songbook relevant to today’s audiences.

In October, Spencer released Vagabond's first single, "A Better Way", to highlight the elections. He decided to make it available - for free - on his website because its message is especially important in these turbulent times. In this song, Spencer pleads for compassion and understanding as people make important decisions about the future direction of our country. The message is gentle, important and universal. When asked about the election process and "A Better Way", Spencer comments, "I feel very passionately about the future of our country. The politics of fear and distrust is eroding our sense of a shared future and a common good. In the current climate it is more critical than ever for us to rise above the fray and to approach the voting booth with a deeper understanding of our candidates and their policies. I believe our future as Americans depends upon the health of the entire planet and a realization that we are truly all in this together.”

Ultimately, what matters most is the music. As Spencer himself puts it, “Whatever I do, whatever I sing, my primary goal is to keep it pure and honest.” Show less

Spencer Day to Perform at the Jazz Bakery on January 25, 2009

Spencer Day to Perform in Napa Valley and San Francisco 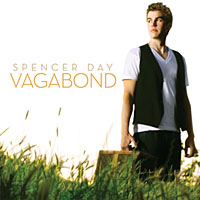 The Mystery Of You

All About Jazz musician pages are maintained by musicians, publicists and trusted members like you. Interested? Tell us why you would like to improve the Spencer Day musician page.