Based in Copenhagen and a leading pianist on the European jazz and contemporary music scene, Søren Bebe is most often compared to fellow Northern Europeans, Tord Gustavsen and the late Esbjörn Svensson. Ask Søren who has influenced him and the names that come up will likely be Oscar Peterson, then Keith Jarrett and, more recently, Aaron Parks. As for non-pianists, his number one would be Kenny Wheeler. But ultimately, Søren’s delicacy of touch – both as composer and pianist – is, of course, his own.

“Bebe certainly belongs to the tradition of lyrical pianists that goes from Erroll Garner and Bill Evans through Keith Jarrett. What Bebe adds to the lyrical tradition of the piano is a sense of folk-like simplicity, with mourning melodies blossoming like shy night-flowers” All About Jazz (US)

Søren’s extensive touring itinerary has included Brazil, Morocco, China, Korea, Indonesia, the USA and much of Europe. Along the way, he’s performed at a number of international jazz festivals, such as Hong Kong, Jarasum (Korea), Jakarta and also SxSW in Austin, Texas.

With four albums to date with the Søren Bebe Trio, including the critically- acclaimed “Eva” featuring US bass-player, Marc Johnson, Søren’s latest disc is “Gone” by Bebe/Buchanan/Tagel, featuring Helge Andreas Norbakken & Julian Arguelles; released by From Out Here Music in October 2014.

2014 has been the most dynamic (and busy!) year so far for Søren, playing in the Scandinavian All Star band at the Java Jazz Festival in Jakarta (alongside Timo Lassy, Magnus Lindgren and Nils-Petter Molvær); an appearance at the Stockholm Konserthus with the Blue House Jazz Orchestra; the Copenhagen Jazz Festival with Cæcilie Norby, Lars Danielsson, Marilyn Mazur and Sebastian Studnitzky; and a long-awaited tour of Japan with the Sidsel Storm Quintet. And that’s not to mention concerts with singer Katrine Madsen in support of their forthcoming album and Søren’s first solo piano performance outside of Denmark.

Danish jazz pianist and composer Søren Bebe founded the Søren Bebe Trio back in 2007. Four releases and a great deal of concerts later the band is better and busier than ever.

Their latest release (July 2013) features the great Marc Johnson on the double bass and is recorded in New York at Sear Sound Studio by the legendary James Farber.

Søren Bebe Trio has previously released three critically acclaimed albums, “Searching” (MusicMecca, 2008), “From Out Here” (Your Favourite Jazz/VME, 2010) and “A Song For You” /From Out Here Music/VME, 2012).

- ”one of the most fantastic jazz albums of recent years….Nothing less than a masterpiece!…” (Ivan Rod, Gaffa, 2010)

As a pianist and composer, Søren Bebe draws on a wide range of inspirations from american and european jazz, as well as contemporary classical music to rock, pop and folk-music. It all blends in this band, creating the unique Søren Bebe Trio-sound.

Most important though is the energy and concentration and musical virtuosity that the music is played with. Søren Bebe explains:” For me music is about emotions and energy and about communication. In the band as well as to the audience. I like to meet my audience and draw them in to the music, and I’ve experienced on our concerts that the music really is for everybody, also people not used to listening to jazz. Although the music is complex and does contain a lot of improvisation, at the same time it’s very melodic and rhythmically exciting. ” Show less

Read more articles
”one of the most fantastic jazz albums of recent years….Nothing less than a masterpiece!…” (Gaffa, DK) − “Delicate and hypnotic….reminds me of Bill Evans in his classic LaFaro/Motian trio” (Jazz Journal, UK) − “Thoughtful, sparse, dynamic and entirely approachable Danish piano trio” (Bandcamp, US) − “..a Nordic inspired expression that goes straight to the heart.”, (JazzNyt, DK) − Excellent recording of the month, score 94 of 100, (Stereo Magazine, Japan) − CD of the Month (Serai Magazine, Japan) 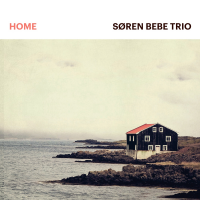 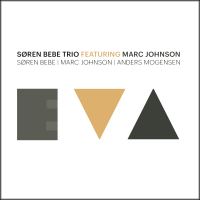 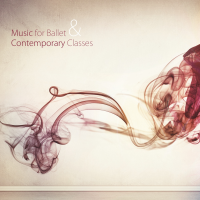 From: Gone
By Soren Bebe

All About Jazz musician pages are maintained by musicians, publicists and trusted members like you. Interested? Tell us why you would like to improve the Soren Bebe musician page.