The music is instrumental and cinematic - a blend of rock, prog, roots and jazz, called ”Doom-Americana”. This is rock music stirred through a hot Texas chili stew, performed with the attitude of the modern Norwegian jazz musician.

The musicians on the record are merited on the Norwegian and Scandinavian music scene. They contribute with both versatility and strong personal expressions.

Resembling artists might be Earth, Daniel Lanois, Bushman’s Revenge, Dirty Three and Tortoise, among others. 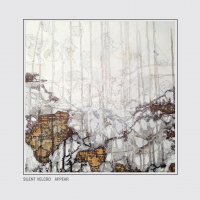 From: Appear
By Silent Velcro

All About Jazz musician pages are maintained by musicians, publicists and trusted members like you. Interested? Tell us why you would like to improve the Silent Velcro musician page.