Shunzo Ohno has reached exhilarating heights, experienced unexpected lows and overcoming unbelievable odds, risen again to surpass even his own successes. Born in Gifu, Japan, Shunzo began his musical training at age 13 on the trombone - the only instrument available in his school. He didn't begin playing the trumpet until age 17, partly inspired by the film “Boy with Trumpet.” By age 19, Shunzo was the leading jazz trumpeter in Japan.

Already working as an accomplished composer and arranger in Japan, Shunzo's career hit high gear when he met the renowned bandleader Art Blakey. He toured with Blakey throughout the United States and settled in New York City in 1974 at Blakey's suggestion. During this period, Shunzo maintained a close friendship and working relationship with the bandleader while also working with Norman Connors, Roy Haynes and the Hip Ensemble while leading his own group. His original composition “Bubbles” was featured on Connor's million- selling recording, “You Are My Starship”, and became a hit single, attaining gold status. Today, audiences continue to request this favorite tune, “Bubbles”.

The compelling Latin energy in Shunzo's playing can be linked to his tenure with the celebrated Machito and his Afro-Cuban Orchestra, with whom he toured Europe and South America. During his three-and-a-half years with Machito, Shunzo recorded the Grammy Award-winning recording Machito and His Salsa Big Band (1983), which featured his dazzling solos.

Following his years with Machito's band, Shunzo joined one of his most influential inspirations, master arranger and composer Gil Evans, becoming a key contributor on tours, club dates, and recordings, including the 1988 Grammy Award-winning “Live at Sweet Basil's”. Shunzo made a total of four recordings with Evans, who remained a lifelong mentor to him.

Returning to Japan with Super Sounds, a group that included jazz legends Herbie Hancock, Wayne Shorter and Larry Coryell broadened his experience. He performed with Super Sounds for two years, conducting separate tours with his own group and giving numerous sold-out performances. Later, in addition to recording with his mentors Shorter and Hancock, Shunzo joined Buster Williams' group, notably, appearing at the 1st International Jazz Festival in Moscow and continued to tour with his own band.

In 1988, he was involved in a serious automobile accident, in which his teeth and lips were permanently damaged. Undeterred by the painful and long recovery process, Shunzo strengthened his resolve to find a new approach to his music and continue playing.

He returned to recording and touring, renewed by such meaningful performances as his appearance in the San Francisco Jazz Festival with Wayne Shorter in a tribute honoring the sax great.

Adversity struck Shunzo again in 1996, when he was diagnosed with life- threatening throat cancer. For three years, he underwent radical treatments to control the disease and embarked on the difficult road to recovery. His refusal to allow personal struggles and seemingly insurmountable circumstances to defeat him led Shunzo to develop his talent beyond expectations and serve as an inspiration to others. He has never stopped moving in that direction.

Shunzo has 13 recordings under his name, showcasing his skills as a trumpeter, bandleader, arranger and composer. His CD, “Poetry of Japan”, was a result of his search for a pure voice with the traditional melodies of Japan. His recording, “Home” (2005), features an original composition commissioned for the acclaimed movie, “Fireflies, River of Lights” and original arrangements has been a continuous success. This work was developed from his global travels and search of the meaningful concept of “home”.

Among his accolades, The Universal Jazz Coalition presented Shunzo with the first Asian American Jazz Connection Music Award for his achievements in setting new standards. His fascinating life is the subject of a biography, “Trumpet of Hope” (1st edition in 2000, now in multiple editions, Ushio publisher) and a documentary, “Trumpet of Glory”, released in October 1999. Fuji Television featured his story on the primetime show “Unbelievable.”

For the year of 2006 Shunzo has traveled throughout Asia a great deal of the year as well as perform locally in New York. He began this year w/ producing Eri Ohno’s latest cd, “Sweet Love”.

2006: Shunzo held 2 successful seminars in Singapore and a series of seminars in Japan. His performance at the Washington DC Kennedy Center followed by 2 Japan tours and The Blue Note, New York City (Spring and Fall). The significant joint projects i.e. Atlanta Festival with The Howard University Jazz Ensemble, uniting cultures is particularly meaningful to Shunzo.

2010, 2011, & 2012 have resulted in projects in the recording studio and New York concerts with new releases. One such project included John Patitucci. The latest release will be out in early 2013, “All in One”. International tours have taken Shunzo with his own original compositions to Hong Kong, China, Japan, and Europe.

Today, Shunzo lives with his family (wife and three daughters) in New York.

2 times Grammy Awards, New York Jazz Coalition. Biography book based on his life experience. Documentary film based on his experience with throat cancer, and lip/teeth destroyed in auto accident. 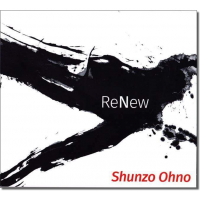 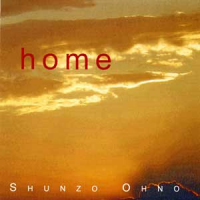 All About Jazz musician pages are maintained by musicians, publicists and trusted members like you. Interested? Tell us why you would like to improve the Shunzo Ohno musician page.