He started playing drums at age three. Sebastiaan de Krom received his frst lessons from his father, who played in a jazz band, followed by Gijsbert Zwart in Ede. Sebastiaan de Krom went to the Berkley School of Music, where he received lessons by John Ramsey, Joe Hunt, and Jon Hazilla among others. He took private lessons from Ralph Peterson as well, followed by a study at the Monk Institute New England Conservatory, where he studied with Fred Buddha, and with Charlie Parship in New York. 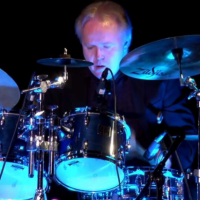 All About Jazz musician pages are maintained by musicians, publicists and trusted members like you. Interested? Tell us why you would like to improve the Sebastiaan de Krom musician page.