Sara Bielanski is a versatile American vocalist whose varied repertoire encompasses jazz, gospel, R&B, opera and art song, and improvisation. Her voice has been described by critics as “resplendent”, and her contemporary interpretations as “unforgettable”, “the real thing”, and “mystifying and beautiful” (artfuse.org, 2012).

An avid jazz musician, Sara has performed with legends Sheila Jordan, Ra-Kalam Bob Moses, Rufus Reid, Jim McNeely, Stan Strickland, and Peter Cassino, and had the distinct pleasure of studying with the late Charlie Banacos. Bielanski studied at the esteemed Jazz in July program at UMass Amherst, as well as the Lake Placid Jazz Institute in upstate New York. She has sung at major Boston and New York venues, most notably at Ryles, Acton Jazz Cafe, Top of the Hub, the Boston Esplanade, Club OBERON, and in New York at the JP Morgan Penthouse.

Recording projects include a demo of opera choruses for BOSE, ensemble work with Boston Modern Orchestra Project, and a Bob Dylan project for WICN radio.

Bielanski is a founding member of the Boston-based classical improvisation group The Meltdown Incentive and also collaborates with THE VORTEX (a series for new and improvised music).

Educated at UMass Amherst (BMus, Voice Performance) and the Longy School of Music, Bielanski graduated with a Masters in Modern American Music from the latter, which allowed her the unique opportunity to study both the classical and jazz idioms simultaneously. Additional studies include the Oberlin Conservatory of Music. Show less

“...the album has a touch of the sophisticated New England Back Bay feeling of those Boston Brahmin families and their Victorian homes. Gastronomically speaking, the album could be compared with a meal of salad, oysters, and steak...”

-Victor L. Schermer, All About Jazz

“Bielanski...delivers some of the most mystifying and beautiful lines of the production

Excerpt FROM THE HEART:

“...the album has a touch of the sophisticated New England Back Bay feeling of those Boston Brahmin families and their Victorian homes. Gastronomically speaking, the album could be compared with a meal of salad, oysters, and steak...”

-Victor L. Schermer, All About Jazz

“Bielanski...delivers some of the most mystifying and beautiful lines of the production. [She] proves that her smooth voice can be a versatile instrument. Making use of a melancholic undertone, Bielanski skillfully shapes the lush phrases and drives them forward with a pulsating passion.” - Arts Fuse

“The performances were all high quality: Ms. Bielanski has a lovely, plummy mezzo” - Boston Musical Intelligencer

​”Appealing [as Mercedes]” - The Boston Phoenix 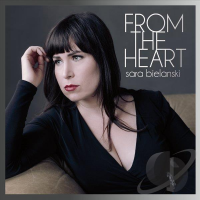 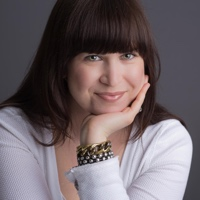 All About Jazz musician pages are maintained by musicians, publicists and trusted members like you. Interested? Tell us why you would like to improve the Sara Bielanski musician page.